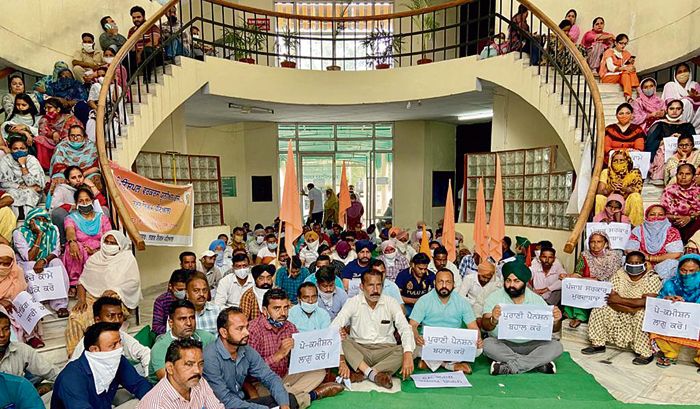 Employees of the Patiala Municipal Corporation, under the banner of Joint Action Committee, today held a protest to press for their demands, including regularisation, outside the office of the Mayor.

They said they had raised a number of demands with the Municipal Corporation and the Punjab Government, but to no avail.

The government had not implemented the 6th pay commission for salaries, neither paid the pending DA arrears in years. They said the government should implement the old pension scheme. They said they held a protest for over two hours at the Municipal Corporation office.

We have already submitted a memorandum to the Municipal Corporation Commissioner.

Mangat Kalyan, president of the contractual cleanliness workers, said there were more than 1,200 sweepers and other workers of the corporation. “If the government failed to address our demands, we will stop all work and hold protests.”