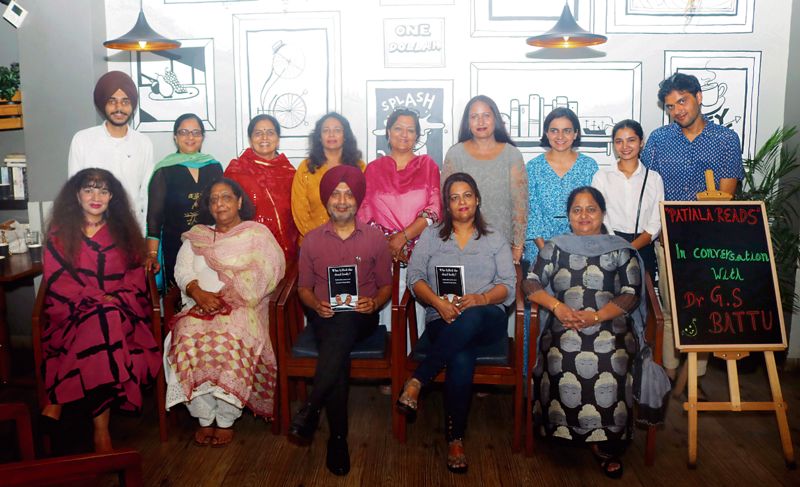 A multifaceted personality and senior anaesthesiologist with a leading hospital, he is braced with degrees like MBA and LLB and had also learnt flying planes. Founding members Neetu Narula and Dr Bharti Bansal briefed about the writer and said that Battu’s articles had been published in almost all major English newspapers.

He has been writing blogs and his page “Jocularly Serious” and his blog website www.gsbattu.com are very popular. “Who Killed The Dead Body”? though his debut novel well written, well framed and is a fantastic thriller with a comic touch”, said Dr Bharti Bansal. Other club members, including Vitesha, Navjinder, Birinder and Sangeeta were among the members who interacted with the author and briefed him about the club activities.