Amarjit Kaur of Pedhan village was killed on Nov 21 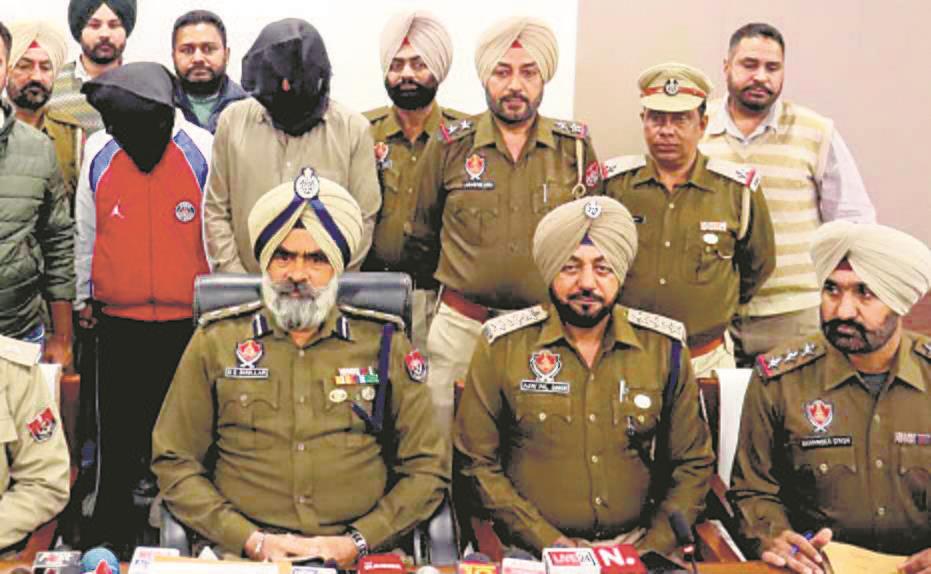 Two accused in the custody of the Patiala police on Tuesday.

Solving sixth murder in three months, Patiala SSP Harcharan Singh Bhullar today claimed to have solved the murder of a woman who was done to death by her farmland tenant and his accomplices.

Addressing a press conference Bhullar said that their team cracked the murder of Amarjit Kaur at Pedhan village who was murdered on November 21. The three accused Gorakh Nath, alias Gora, Dimple Kumar, a resident of Pedhan village, and Pushpinderpal, a resident of Shamla village in Nabha, have been arrested.

Giving further details of the incident, Bhullar said that on November 25 Harpreet, a resident of Pedhan village in Bhadson, who was residing in Canada since 2005 had filed a complaint stating that his mother Amarjit Kaur’s death was reported on November 21. “After he reached the Pedhan village, he saw his mother’s head injuries and demanded a postmortem. According to the postmortem, Amarjit Kaur was found to have seven head injuries following which a case pertaining to murder was registered against unknown persons”, said Bhullar.

Initially Gorakh Nath (who used to plow the land of the deceased on contract basis) alleged that Amarjit Kaur’s death was due to a head fall while fixing curtains. “Thorough investigation revealed that Amarjit Kaur was living alone in her house at Pedhan village. Her husband Baljinder Singh died in 2016 while Harpreet Singh was in Canada with his family since 2005”, said Shaminder Singh.

“Gorakh Nath had taken 21 acres of land on contract and visited Amarjit Kaur’s house frequently. He stole Amarjit Kaur’s ATM card and had allegedly withdrawn around Rs 2.5 lakh from this ATM and knew that Amarjit Kaur would somehow trace them”, said the SSP.

“Gorakh Nath along with his nephew Dimple Kumar and son-in-law Pushpinderpal killed Amarjit Kaur and burnt the bed sheets and other items with blood stains to destroy any evidence. Their further grilling will reveal the missing cash and the weapon used in the crime”, said the police.