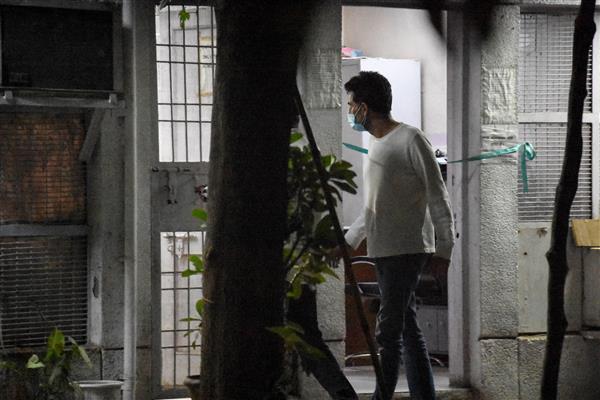 Businessman Navneet Kalra, accused in connection with the recovery and seizure of Oxygen Concentrators by the Delhi police, being produced in a court, in New Delhi. PTI Photo

A day after a city court sent businessman Navneet Kalra to three days police custody in connection with alleged black marketing of oxygen concentrators amid a brutal second wave of the pandemic, the Delhi Police's Crime Branch brought him to his Khan Chacha restaurant for questioning.

It was from the Khan Chacha restaurant where Delhi Police had seized 96 oxygen concentrators on May 7.

According to police sources, the police will question him about the hoarding of oxygen concentrators at his Khan Chacha, and Town Hall restaurants in Khan market and Nega & Ju restaurant and bar in Lodhi garden's central market.

Kalra was arrested by a Delhi Police team on Sunday evening from a farmhouse in Haryana's Gurugram -- 11 days after police recovered over 500 oxygen concentrators.