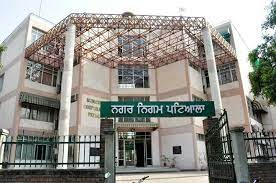 The Municipal Corporation has failed to initiate action against non-compoundable violations related to unauthorised constructions in the city. The corporation’s bid to collect security from owners of such buildings took a back seat due to protest by one of the councillors during a recent General House meeting. “The Congress-led state government had passed a one-time settlement scheme for non-compoundable building violations, but it has not yet been notified.

The MC has given a free pass to such violations and no definitive action is initiated against major lapses”, officials said.

Municipal Commissioner Aaditya Uppal today held a meeting with officials of the MC building branch. He said the MC would take action against buildings constructed in violation of norms. The Commissioner said the corporation, after a new construction is identified for compoundable violations, would take an undertaking from the owners for alterations as per sanctioned plans. “Normally, the owners are given two-month time to make alterations. In order to check the same, officials of the corporation’s building branch will hold weekly checks on the buildings. The MC will initiate action, including demolition if violations are not removed,” he said.