No end to stray cattle menace on Patiala roads : The Tribune India 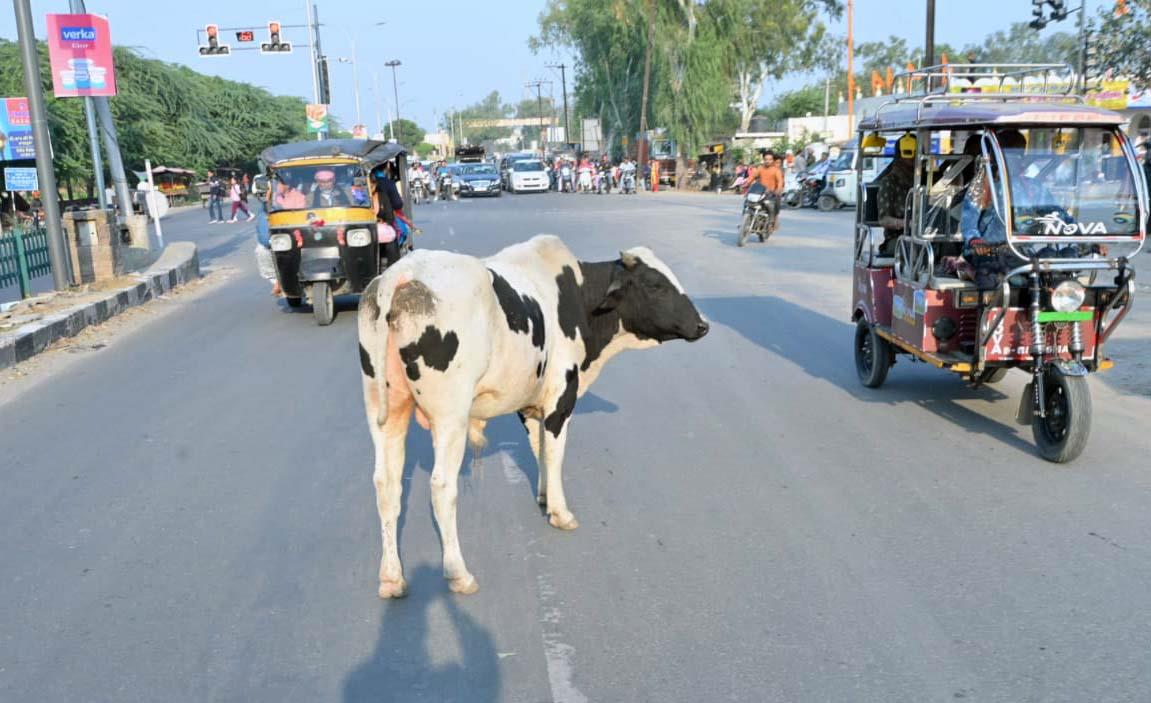 A stray animal on the Rajpura road, near SST Nagar, in Patiala on Saturday. Tribune photo: Rajesh Sachar

Even though the Municipal Corporation (MC) has initiated measures to tackle the stray cattle menace, it continues to haunt road users and people living on the outskirts of the city.

Despite many deaths and injuries to the residents, the administration has failed to address the issue.

A city resident said, “The MC and the district administration should ensure proper management of stray cattle at cattle pounds. Action should be taken against farmers, who abandon their cattle on roads when they get old or are not needed anymore. The presence of stray animals on the roads can lead to major accidents. Many people have been killed because of the menace. With the approaching winter season, the region has started witnessing foggy days and it becomes difficult to spot the cattle roaming on the roads.”

An MC official said the corporation had carried out drives to catch stray animals this year. “A number of stray animals were caught during a special drive and transported to cow shelters in April and some other were caught thereafter. We will ensure the strays are removed from the city roads,” he said.

Even after putting forward several proposals to deal with the menace, the government has not come up with a proper solution to the problem.

“Many self-styled cow vigilantes and animal welfare organisations create problems for us if we plan to act against the menace. The government needs to come clean on this and make sure that action is taken,” the official said.