Only firms permitted by AWBI to sterilise, vaccinate dogs in Punjab 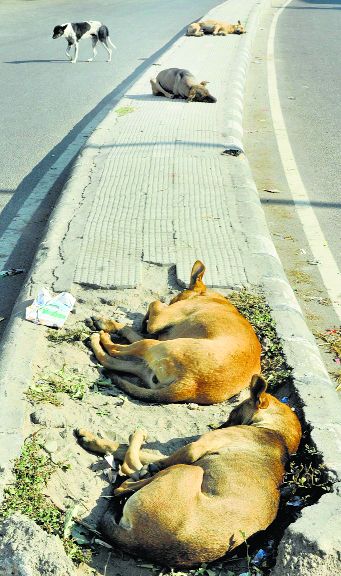 Stray dogs on a road in Patiala. file

The Local Government Department has directed councils and Municipal Corporations across the state to issue tenders for the dog sterilisation programme to only those firms, which have obtained permission in this regard from the Animal Welfare Board of India (AWBI).

The direction was issued after a Rajpura resident complained to the department alleging wrongful allocation of a tender to a firm in 2020. The Local Government Department has also directed its chief engineers to take necessary action with regard to complaint.

The Deputy Secretary and Deputy Director, Local Government Department, Karandeep Singh, today said the Town Planning Department had received a complaint from a Rajpura resident, which was forwarded to offices concerned for necessary action.

The letter issued by the department states, “All NGOs and animal welfare organisations recognised by the AWBI are not eligible for dog sterilisation programmes as they lack basic provisions for the same. Therefore, it’s necessary for them to seek separate permission from the AWBI for such programmes.”

The department has directed offices concerned to stop allocating tenders for dog sterilisation and anti-rabies vaccination to such firms which don’t have separate permission for both programmes from the AWBI.