Paddy crop on over 2,000 acres submerged in Patiala district 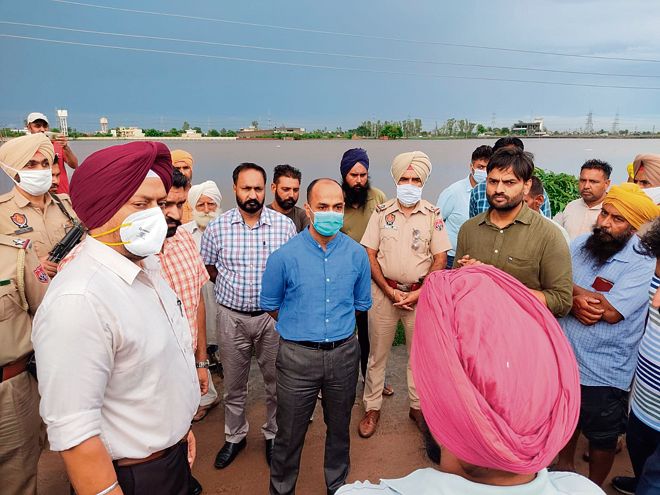 Incessant rain submerged paddy crop on over 2,000 acres in the district. The flooding has also worried farmers who grow pumpkin and pepper in Sanaur, Nabha and Samana areas. Officials, however, said water did not harm paddy if the crop remained submerged for up to 48 hours, though it could have an effect on vegetable crops.

The paddy crop in the villages of Rasulpur, Bhat Majra, Shambhu of Ghanaur and Sanaur areas was submerged in rainwater. Farmers of Bahadurgarh, Sanaur, Devigarh, Samana and Patran were seen removing water from their fields. They claimed paddy crop in over 3,000 acres could have been submerged.

Deputy Director, Department of Horticulture, Swarn Singh said the field reports were yet to be received. He said stagnant rainwater could harm vegetables crops of okra, pumpkin and pepper if those remained submerged for long.

No threat of flooding, says DC

Deputy Commissioner Kumar Amit visited Daun Kalan, Bahadurgarh, Dhareri Jattan, Baddi Nadi and Chhoti Nadi areas to take stock of the influx of rainwater from the Rajpura side. He assured farmers that the administration would take all measures to drain out the rainwater. He added that the rivers and streams in the district were flowing below the danger mark and that there was no threat of flooding.