Five from Punjab get the fourth-highest civilian award 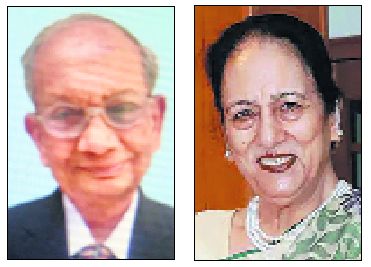 A Patiala orthopaedist and a Ludhiana businesswoman are among five from Punjab to receive this year’s Padma Shri — the fourth-highest civilian award — announced by the Union Government on the eve of Republic Day today.

Dr Mittal, while talking to The Tribune, said: “This is the result of my 60 years of hard work. I feel satisfied now.”

Octogenarian businesswoman Rajni Bector rose from her backyard business with a paltry investment of Rs 300 to become an undisputed business tycoon. The IPO of her company — Mrs Bectors Food Specialities — made history by getting oversubscribed 198 times and listed at 74 per cent premium on the offer price. “I feel blessed and express my gratitude to the government for recognising my services,” she said.

The other recipients of the award are Prakash Kaur (social work), Lajwanti (art) and Kartar Singh (art).