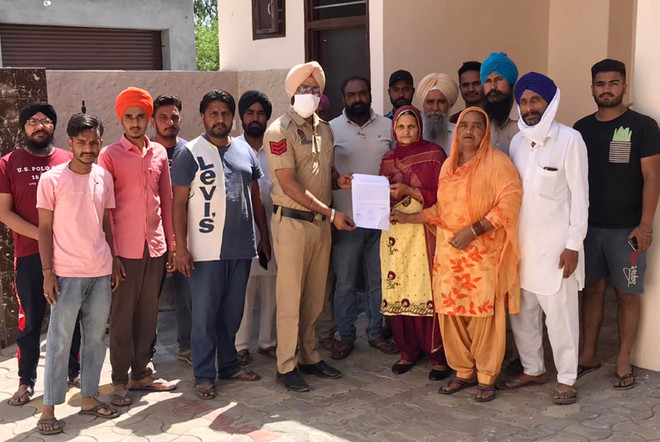 Members of a gram panchayat hand over a resolution to a police official in Patiala on Sunday. Rajesh Sachar

The Patiala police’s special campaign against drug smugglers has gained momentum with many panchayats and ward councillors giving their consent to not furnish bail bonds of such anti-social elements in future. The initiative is likely to be implemented in other districts also.

Patiala SSP Vikram Jeet Duggal said already resolutions had been passed by 470 gram panchayats and 37 municipal council wards of the district for not giving bail or testimony and prosecution of drug smugglers. “This means that such offenders will have to spend more time behind bars and it will help break the backbone of the nexus as these peddlers continue to supply drugs once released on bail,” Duggal said.

Will stay in jail for longer duration

Offenders will have to spend more time behind bars. It will help break the backbone of the nexus as these peddlers continue to supply drugs once released on bail. — Vikram Jeet Duggal, Patiala SSP

The police have already launched a special campaign against smugglers in which measures were taken to attach their assets and now such resolutions have been passed by the gram panchayats and municipal councils of the district. Officers who led the campaign said initially it was difficult to approach every villager, so they decided to get in touch with the panchayat members. “Through them we were able to ensure that our message reached all. Once we were able to convince them that the step will help us save the youth, they were supportive,” said a rural officer. 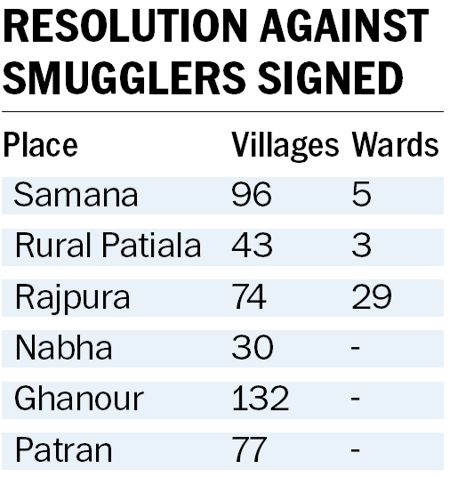