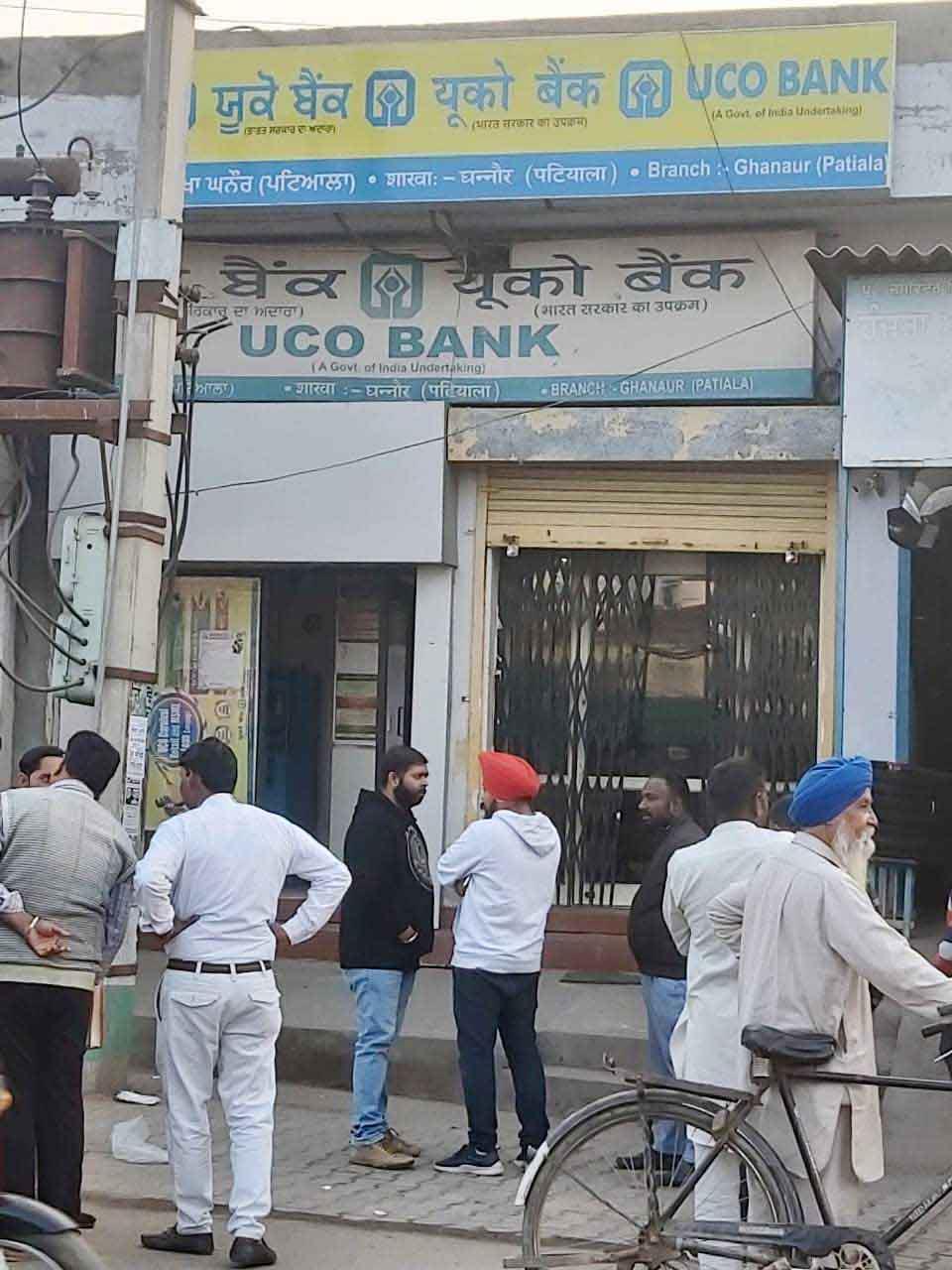 The Ghanaur bank targeted by robbers on November 28. File

The police produced the suspects in a local court, claiming their remand was necessary as they needed to ascertain the criminal past of the suspects.

Mastermind Amandeep Singh and one of his aides had on November 10 looted Rs 4.5 lakh from an SBI branch at Sanghol in Fatehgarh Sahib

On Nov 28, 3 suspects had barged into the Ghanaur branch and looted Rs 17 lakh after holding bank officials and customers hostage

Sources in the police department said a team of Ropar police was already camping in Patiala to question the four and establish any links to crimes in the district.

“The four suspects claim this was their first crime together. However, we have certain other crimes with similar modus operandi and therefore the custodial interrogation is necessary in this case,” said an official.

Considered close to a former Chief Minister, the Hafzahbad village sarpanch was arrested along with his three accomplices within hours of the robbery.

“The other suspects have been identified as Dilpreet Singh, Paramdyaal Singh and Narinder Singh,” said a police official.

“There are recent crimes in Ropar and a bank robbery in Fatehgarh Sahib that was linked to Amandeep. We are questioning the others about their involvement in the crimes as well,” said a senior cop.

The police sources said Amandeep had a criminal past and wanted to make it big in politics. He was a member of the Block Congress Committee, Chamkaur Sahib, and headed some cooperative societies as well.

Three suspects had barged into the branch and looted Rs 17 lakh after holding bank officials and customers hostage at gunpoint. Police claimed the suspects had come in an auto-rickshaw and escaped on a customer’s bike. They later got into a car waiting for them at some distance.

A senior police officer claimed Amandeep and one of his aides had on November 10 looted Rs 4.5 lakh from an SBI branch at Sanghol. He was evading arrest in the case.