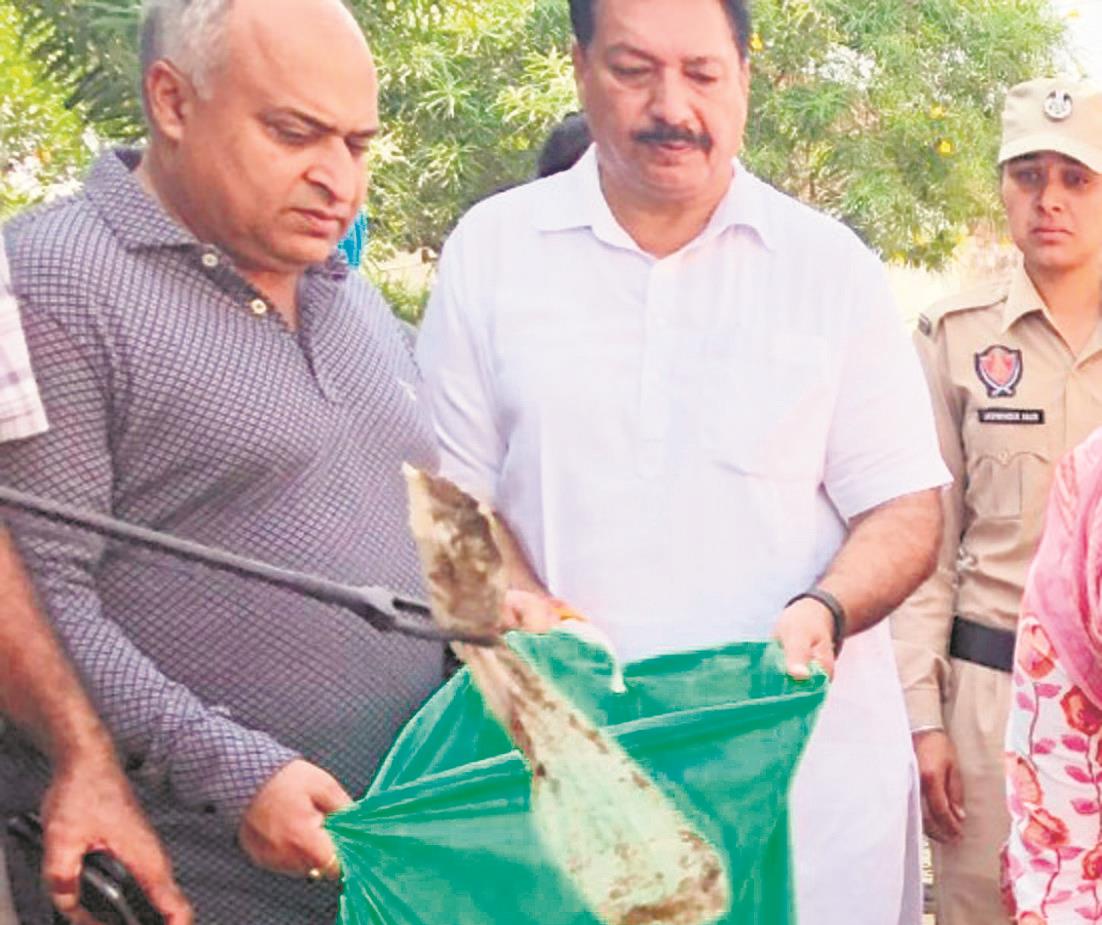 Mayor Sanjeev Sharma during a cleanliness drive in Patiala. file

Patiala has been adjudged the cleanest city in Punjab in the ‘Swachh Survekshan’ 2021. Swachh Survekshan is an annual survey of cleanliness, hygiene and sanitation in cities and towns across India. SAS Nagar (Mohali) is second, while Bathinda grabbed the third position in the state in the category of Urban Local Body (ULB) having a population between 1 and 10 lakh. Patiala has secured 58th position in the All India Rank with 3713.78 points.

Improving its ranking as compared to last year, Patiala has upped its ranking from 86 in 2020 to 58 this year.

As to different parameters, the city scored 1995 points in service level progress, 1218 in citizen feedback, and 500 in certifications.

Commenting on the achievement, Patiala Mayor Sanjeev Sharma Bittu said it was the result of the contribution made by residents of Patiala and the hard work of workers of Patiala Municipal Corporation.

The Mayor said, “We have been improving ranking every year. From 411 in 2017, we are now at 58th in the country and first in Punjab. It was a collective effort of every city-dweller and workers of the Municipal Corporation. Besides, councillors played an important role by creating awareness among people in their respective wards.”

The Mayor said that 106 semi-underground bins — at 37 places in the city — had been pitted while six material recovery facility (MRF) centres were constructed. Besides, the MC had already constructed 450 composting pits across the city, he added.

Meanwhile, congratulating the residents of Patiala city, Vineet Kumar, Patiala Municipal Corporation Commissioner, said, “With this achievement, the responsibility of every citizen has also increased. Everyone should make efforts to improve the ranking further.”

In zonal ranking for the north zone, from towns with ULBs having a population from 50,000 to 1 lakh, Rajpura town has been declared cleanest.