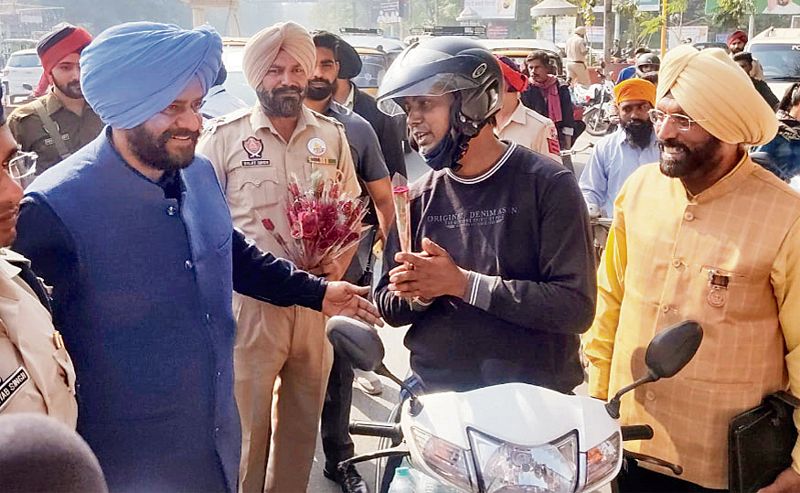 IG Mukhwinder Singh Chhina presents a rose to a rider during a road safety drive in Patiala on Sunday. Photo: Rajesh Sachar

Chhina said more accidents took place due to ignorance toward road safety rules. He said reflectors would be installed on the rear of trucks and tractor-trailers in all areas of the Patiala range before the winter season.

SSP Bhullar said parents should not give vehicles to their children to prevent underage driving. He said, “People should also refrain from using mobile phones while driving or driving in an inebriated state.”

A number of police officials were also awarded for taking accident victims to hospitals.