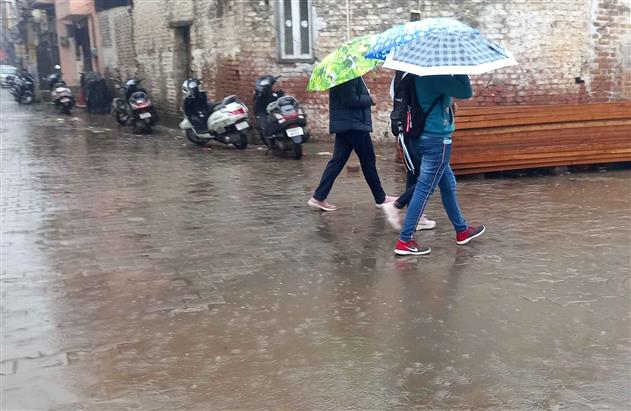 The rain led to a drop in temperatures in the region.

The district today received 2.2-mm rainfall. The rain led to a drop in temperatures in the region. The region is expected to receive one or two more spells of rain and thunderstorm on Wednesday as well.

Patiala today received drizzling during the early morning hours. The drizzling coupled with winds led to a further dip in temperatures. Officials at the Meteorological Department recorded minimum 9.3 °C and maximum 17.8 °C temperature throughout the day.

Meanwhile, traffic jams were witnessed at various light points and roundabouts in the city due to the rainfall. Traffic congestions occurred at Fountain Chowk, Khanda Chowk, Sheran Wala Gate, near the city bus stand and a few other places.