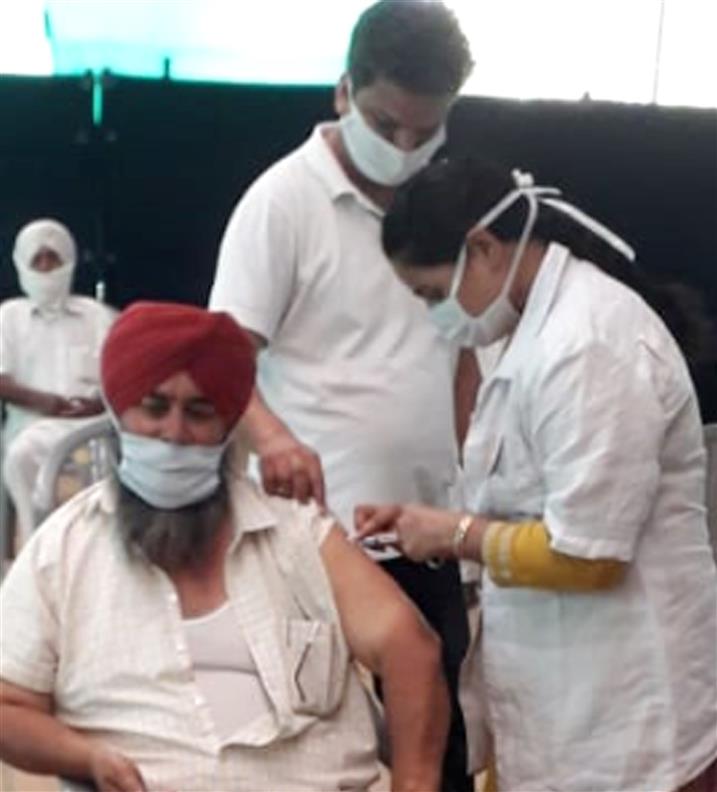 A health worker administers the Covid-19 vaccine to a man at a camp in Patiala. Tribune photo: Rajesh Sachar

The numer of active cases has now risen to 3,157. Besides, the district reported five Covid deaths today. With this, the death count in the district has reached 699.

Five government school teachers of Martyr Flt Lt Mohit Garg Senior Secondary Smart School, Samana, are also among the one who tested positive for the virus today. Though schools have been shut, teachers are attending schools and holding enrolment drives in their respective areas.

Despite the night curfew imposed in the district, some liquor shops continue to operate in violation of the orders.

The Tribune reporter found that even though the shutter of a liquor shop at Raghu Majra chowk was down, liquor was being sold through a small window at around 10 pm.

Ironically, police personnel were on duty just a few meters away.

Likewise, a liquor shop near the 24 number railway crossing was also open during the curfew hours.

Beside liquor shops, New Vegetable Market near Sanauri Adda was also found open at around 8.30 pm.

When asked about the violations, DSP Yogesh Sharma said: “We have taken action against liquor shops which were opened during the night curfew. We will again carry out a drive to book violators.”