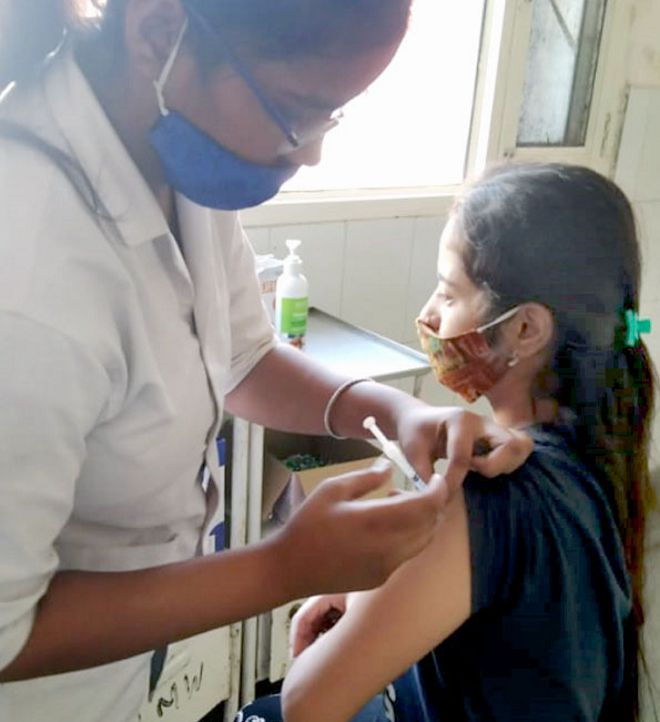 A health worker administers the Covid-19 vaccine to a girl in Patiala on Tuesday.

Patiala Civil Surgeon Dr Prince Sodhi informed that they had started vaccination of physically challenged beneficiaries at their homes only.

Sodhi said, “More than 4 lakh people have already been vaccinated in September alone. Health workers have been doing what they can to vaccinate as many beneficiaries as possible to stave off the third wave.”

He added that beneficiaries – who have received the first dose – should get their second dose immediately after completing the gap window.