However, the teachers weren't convinced by the new notification, and decided to continue their stir 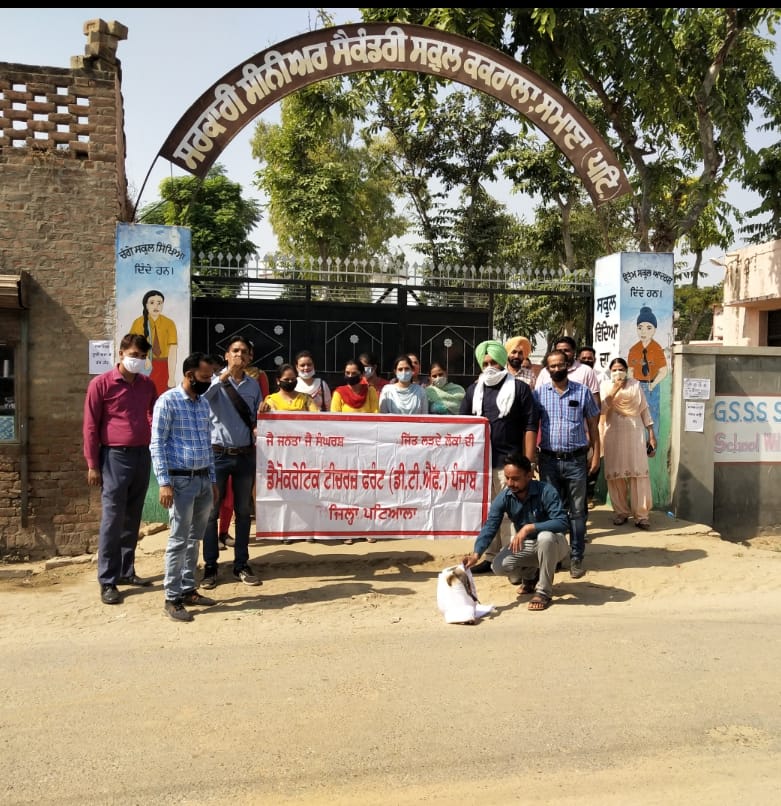 One of the teacher organisations, Democratic Teachers Front (DTF) announced, that they would continue to protest till October 25. — Tribune photo

After the protest by government school teachers against the notification of revised pay scale on Tuesday, the Education Department has issued a clarification, here, on Wednesday that revised pay scales would be applied to "future recruitments only".

In its latest order, the government said: "These pay matrix shall be applicable to the future recruits only, and wouldn’t have any bearing on incumbents".

However, the teachers weren't convinced by the new notification, and decided to continue their stir.

Earlier in the day, they gathered outside their respective schools, and burnt the copies of the orders.

One of the teacher organisations, Democratic Teachers Front (DTF) announced, that they would continue to protest till October 25.

Vikram Dev, Vice president, DTF, said: "We strongly oppose the implementation of central pay scales. We will continue our protest until the government takes back this decision".

Dev announced, that they would 'gherao' the residence of Finance Minister Manpreet, cabinet minister, Rajinder Singh Bajwa, and Brahm Mohindra.