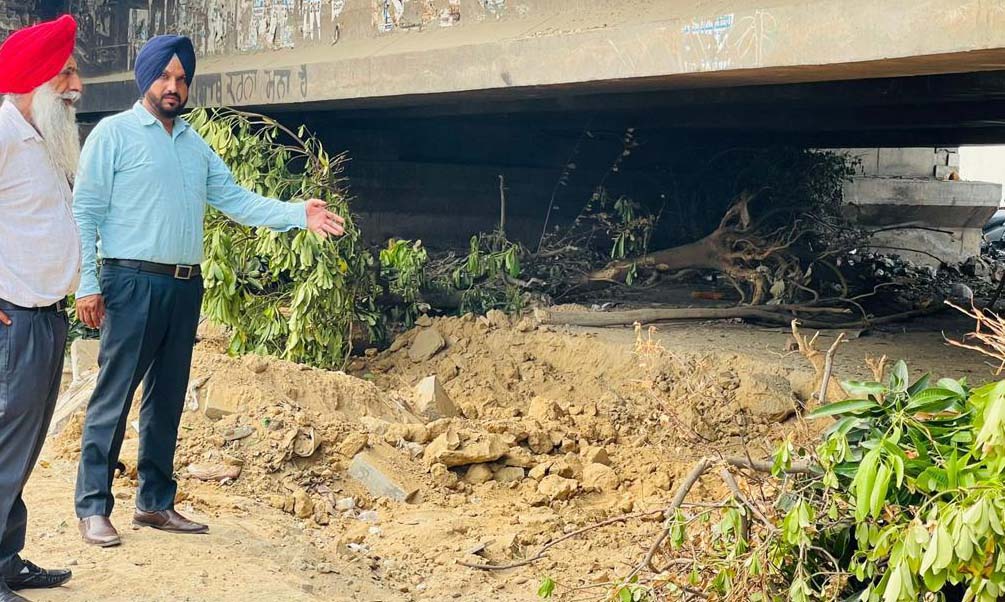 The axed trees dumped under a flyover in Patiala. Rajesh Sachar

Municipal Commissioner Aaditya Uppal has marked an inquiry into the alleged felling of trees adjacent to the flyover at railway crossing 22 in the city. The complaint was filed by some residents to the Deputy Commissioner’s office raising concern over the axing of trees without permission.

Prabhjot Pal Singh, an advocate, in his complaint to ADC (General) Gurpreet Singh Thind, said, “Over 100 trees have been axed on both sides of railway crossing for installation of interlocking tiles. The trees and the plantation have been removed in violation of the National Green Tribunal order.” He said a number of trees had been axed adjacent to the market area as well as the residential area. “If land was required for the purpose of creating a parking place, the officials concerned could have removed the trees and planted them elsewhere,” the complainant said.

The Municipal Commissioner said he had received a copy of the complaint. “I have marked an inquiry to the Municipal Joint Commissioner, Naman Markan. The office will look into the matter and submit a status report. We will take action as per law”, he said.