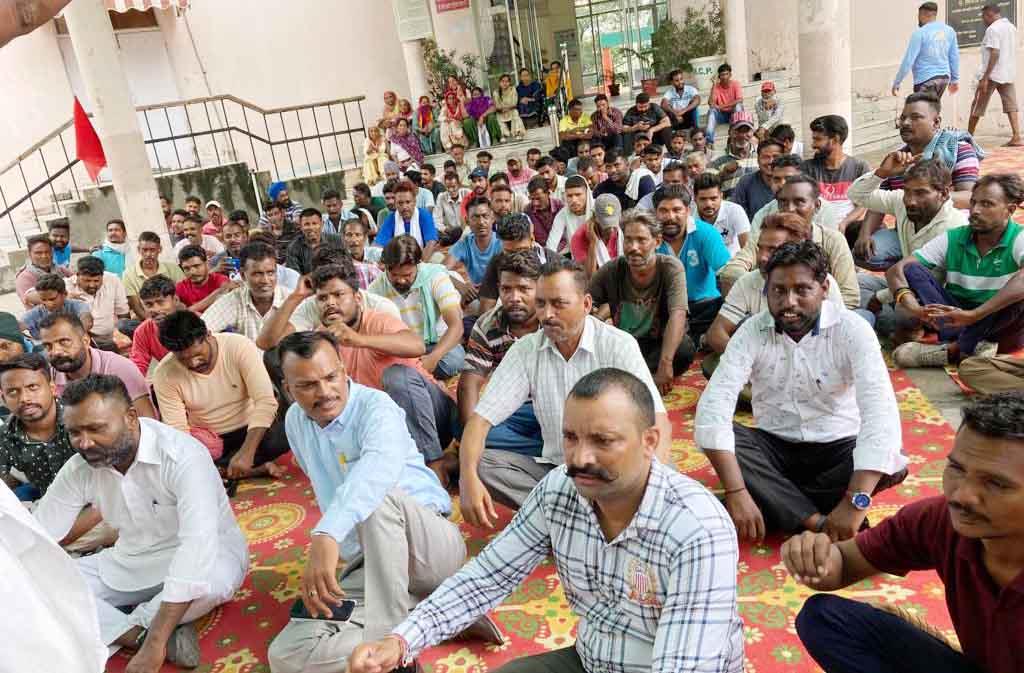 Cleanliness workers hold a protest at the MC office in Patiala on Friday. Photo: Rajesh Sachar

Cleanliness workers of Municipal Corporation, Patiala today held a protest at the MC office demanding regularisation of employees’ jobs and putting an end to the contractual system. This is while the state government has already announced to regularise 36,000 employees in the state.

The workers have threatened to hold a protest outside Chief Minister Bhagwant Mann’s residence on August 8 if their demands are not met.