Part of building had collapsed on June 3 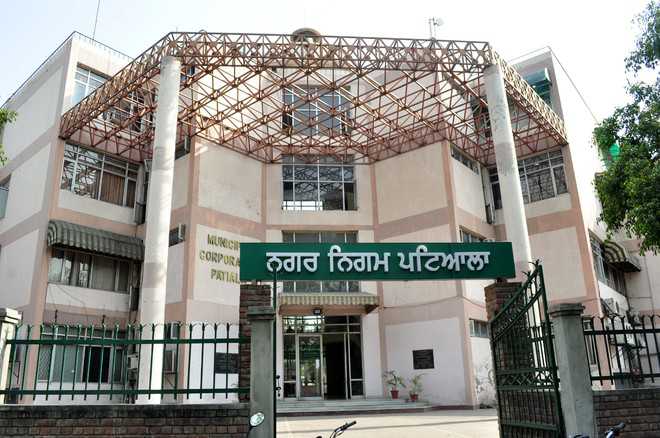 Despite the orders, the construction of the shops and the commercial building went on without check. File photo

Six construction workers were miraculously saved from the debris of the building.

An employee of the MC, requesting anonymity, said: “The area councillors allow such illegal constructions and ensure impunity to those who carry out these works. Illegal constructions have been carried out in the city without change of land use, and even by encroaching on recently covered nullahs.”

A huge commercial building in front of the new sabzi mandi and shops adjacent to the nullah have been constructed after the MC recently shifted the Ragho Majra sabzi mandi to a new site at Sanauri Adda. The shifting has led to a spike in real estate prices in the locality.

The matter of illegal construction of four shops adjacent to a nullah and the very building that collapsed had come to the fore on May 17. The Municipal Corporation Commissioner, Poonamdeep Kaur, had said: “The shops are illegal and we have already issued orders for their demolition.”

Despite the orders, the construction of the shops and the commercial building went on without check. The Commissioner on June 3 also repeated that the orders of demolition had been issued and the structures would be razed soon.

When questioned, Poonamdeep Kaur said: “We will demolish the under-construction building and the adjacent shops within this week.”