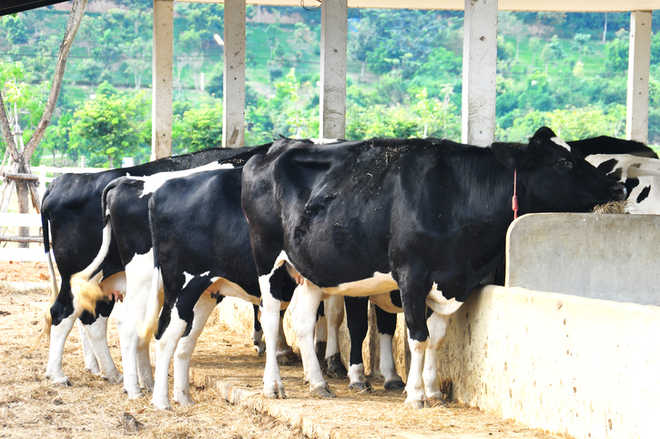 The Municipal Corporation will soon begin talks on shifting dairy farmers to the new site at Ablowal village outside the city. - File photo

The Municipal Corporation will soon begin talks on shifting dairy farmers to the new site at Ablowal village outside the city. Leaders of the dairy farmers association said they raised their concerns with MLAs Ajit Pal Singh Kohli and Balbir Singh and demanded shifting to three separate locations outside the city due to their business proximity.

The MC decided to implement the project of shifting the dairy farmers to the Ablowal site during the Capt Amarinder Singh government. The project soon attracted the ire of dairy farmers, who decided to protest the implementation on various concerns, including their demand to be shifted to three separate sites around the city to ensure proximity to their service areas. Later, the administration put a halt on the shifting project after a verbal direction of former Chief Minister Charanjit Singh Channi to shift the farmers after providing all basic and required facilities at the new site.

Municipal officials said around 66 dairy farmers had submitted installments for allotment of sites at the Ablowal village. Joint Commissioner Naman Markan said the corporation had decided to hold talks with the dairy farmers and would soon start shifting them. “We will hold talks with them and will first shift the allottees who have submitted the installments”, he said.

Kirpal Singh, president, dairy farmers union, said, “We have not yet held any talks with the corporation. But we have held talks with Patiala city and rural MLAs Ajit Pal Singh Kohli and Balbir Singh. “We want them to shift us to three different locations across the city to ensure proximity to our service areas as was requested in the beginning. We have requested them to identify sites at or around Ghalori and Hardaspur villages for the purpose and expect they will agree to our request,” he said.