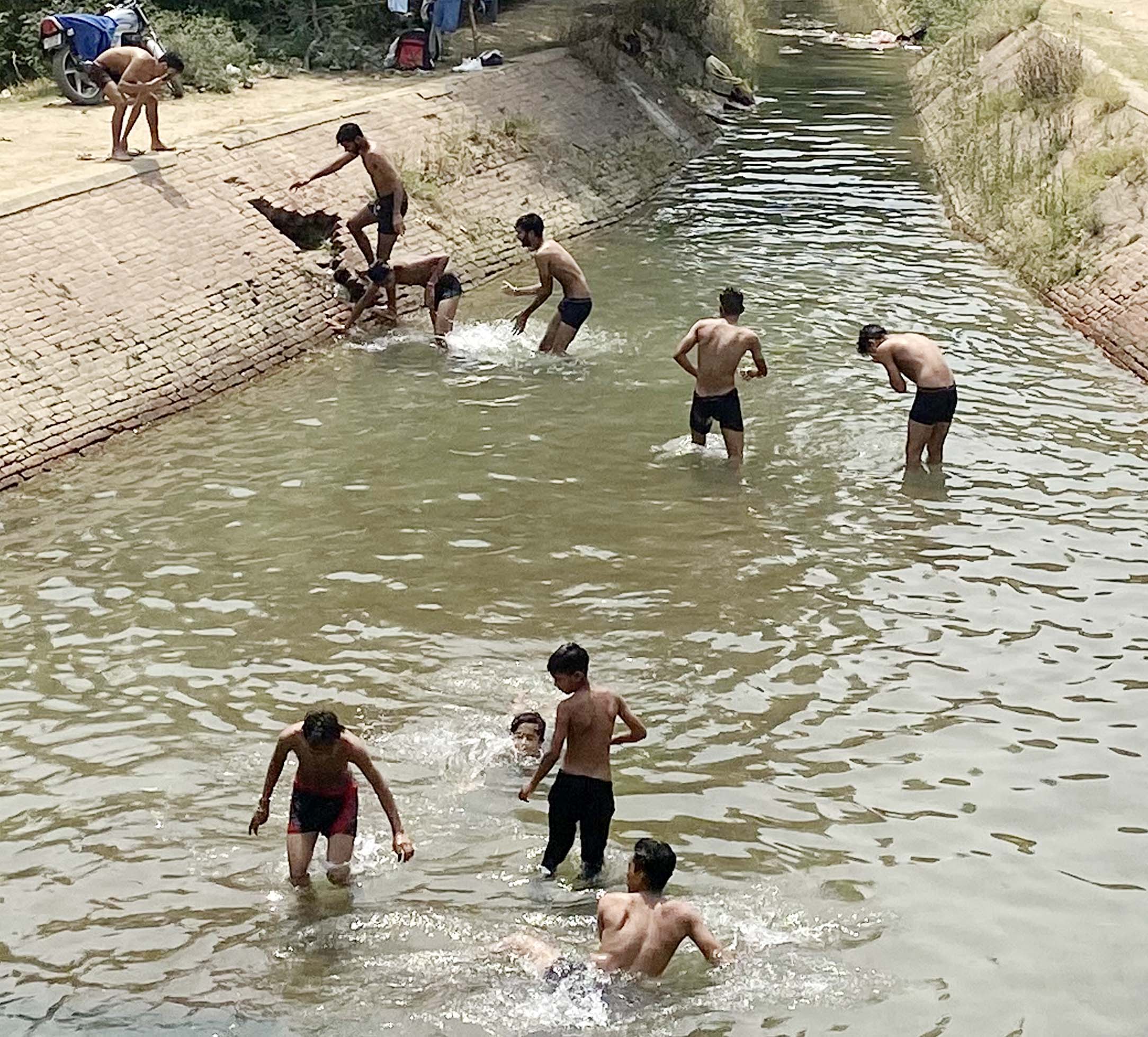 Youngsters take a bath in a canal in Patiala on Tuesday. Tribune photo: Rajesh Sachar

Despite the ban, youngsters continue to bathe, click photos at the Bhakra Canal bridge on the Patiala-Sangrur road. The district administration has failed to implement the ban in letter and spirit.

Some youngsters were seen making videos while sitting at the edge of the canal risking their lives. The youngsters— who were taking dips in the canal channel told The Tribune that they came to get respite from scorching heat. Asked about any fear to bathe in canals, they hastily replied: “We all know how to swim.”

Patiala Additional District Magistrate Gurpreet Singh Thind, while exercising his powers under Section 144 of the CrPC, has issued orders banning the general public from bathing and swimming in canals. The Magistrate had warned of legal action. It has been learnt that the bridge at the Patiala-Sangrur road is a favourite spot on the Bhakra, where people enjoy bathing.

Patiala Deputy Commissioner Sakshi Sawhney said, “The police have put up warning sign boards near the canal mentioning that if anyone sees someone bathing in the canal he can dial police control room. People, especially youngsters, need to be careful.”