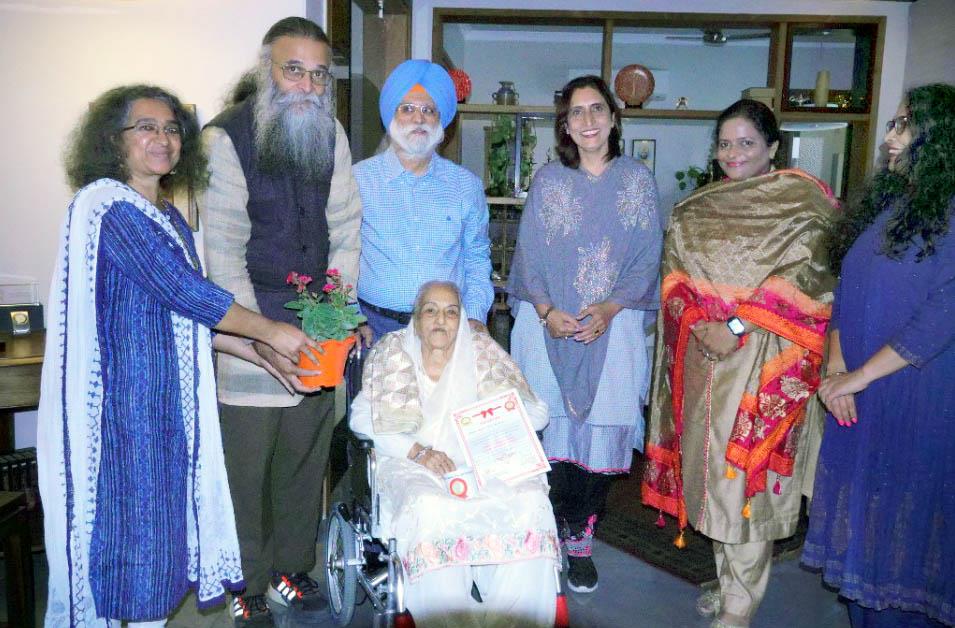 The Women’s Studies Centre, Punjabi University, Patiala, honoured Inderjit Kaur Sandhu, a former Vice-Chancellor of the university, during the 13th International Conference on ‘Women in leadership: Issues and challenges’.

The conference was held on November 25.

She was appointed as the VC in 1975 and was one among the only three such officers world over.

Sandhu also became the first woman chairperson of the Staff Selection Commission, New Delhi, in 1980. Later she also set-up a school and remained active on several administrative posts in educational institutions across the state.

Sandhu’s son Roopinder Singh and former Senior Associate Editor of The Tribune presented the first copy of the second edition of the festschrift on his mother titled “Inderjit Kaur Sandhu: An inspiring story” to the Vice Chancellor. — TNS