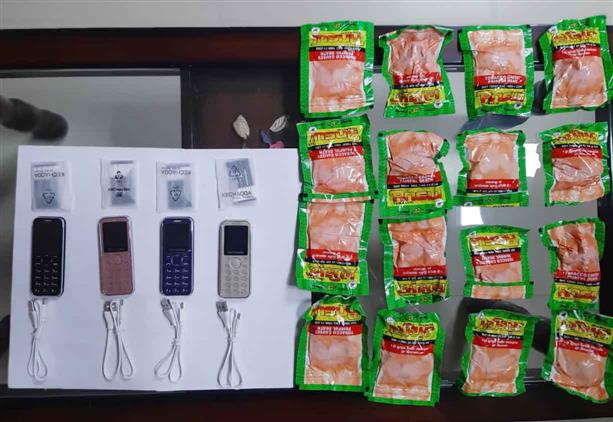 Four mobile phones and 16 packets of tobacco products have been recovered from the premises of the Central Jail here.

Manjeet Tiwana, Jail Superintendent, said warder Sandeep Singh had found a tightly-packed round packet near barrack number six. The packet contained mobile phones and tobacco products. The jail superintendent said they have asked the police to lodge an FIR in the case.

He said, “Our efforts to keep a strict vigil to stop the supply of banned items on the jail premises will continue.”