A day after a 65-year-old woman was found murdered with a packing tape wrapped around her face and hands, the police have got some vital clues.

The victim has been identified as Kamlesh Singla, wife of late advocate Narinder Singla. The victim was found dead at her Vikas Colony house on Wednesday morning.

“She appears to have died due to asphyxia. Some valuables from the house are also missing,” the police said.

Sources in the police said the murder took place between 1 am and 2 am.

“The involvement of a family member cannot be ruled out. The way trespassing was planned and executed shows that the attackers knew their way around the house,” the police added. 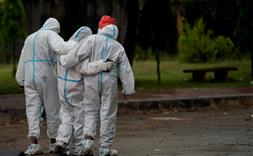