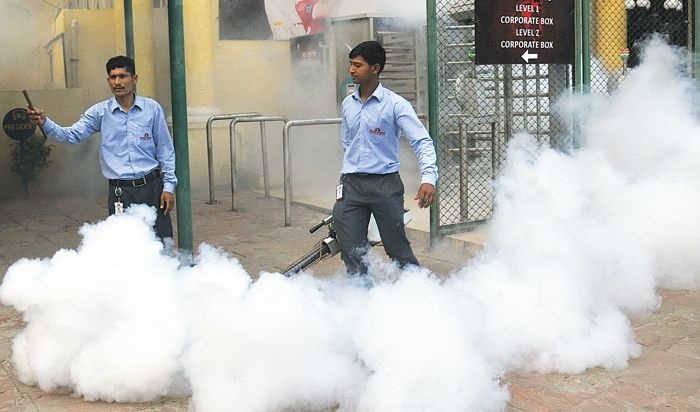 Health workers have intensified fogging activities in the district. FILE

As per data collected by the Health Department, the Municipal Corporation has found out that most people living in posh areas of the district are being infected with dengue.

The MC said residents of slum colonies go to the posh areas in the city to work and get infected with the disease there. “Water containers kept for birds are the prime breeding grounds for mosquitoes,” an MC official said.

An MC official said the corporation has directed its health wing to thoroughly inspect the posh areas of the city. The department has been asked to ensure inspection of roof tops and also make sure that there is no stagnation of water in these areas.

MC Joint Commissioner Naman Markan held a meeting with sanitary inspectors and other officials of the Health Department over the matter.

“The MC will issue challans to the owners of the houses, where dengue larvae will be detected,” an official said.

The official said the health workers have increased the frequency of carrying out fogging in the district, especially in the worst-hit areas. The Health Department had recently identified new dengue hotspots in the district.

“Our office will send information related to the activities carried out by the department to curb the spread of the disease to the Health Department on a daily basis,” the official said.