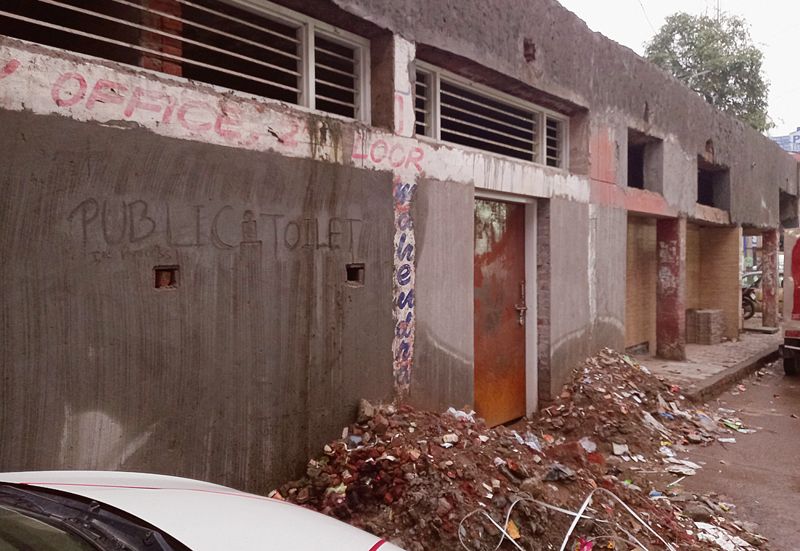 Office-goers at the Chhoti Baradari market here are a harassed lot as there is no place to answer nature’s call. In a letter written to the Municipal Corporation, a number of office-goers explained their ordeal and said their area had been without a functional toilet facility for the past four months.

The office-goers said the SCOs built at the Chhoti Baradari market area were provided common toilets long back. The condition of these toilets became dilapidated with the passage of time. Later, the Municipal Corporation started renovation of the toilets — one each for women and men. But the construction work was stopped a month ago.

They say one portion of the women toilet is complete but lying locked. “The work on the other is lying halfway, leaving shop owners, workers, women employees and others without access to public toilets for the past four months,” they said.

Surinderpal Singh, one of the office-goers at SCO 79 in the area, said, “We had contacted the office of the Improvement Trust who guided us to contact the Municipal Corporation over the matter. The corporation had constructed a toilet in a park at the Beant Singh Chowk as well, but it is lying locked. There is no water supply at another one which is on the other side of the chowk, while the facility behind the Beant Singh complex is under renovation. Visitors, especially women employees, face a lot of inconvenience due to a lack of public toilets in the area.”

While, the Municipal Corporation Commissioner was shifted from the city two days ago, Corporation Joint Commissioner Naman Markan said he had not received the letter in this regard. “I will nevertheless check it and we will take appropriate steps at the earliest”, he said.