Gagandeep Kang has published over 400 papers in international, national journals 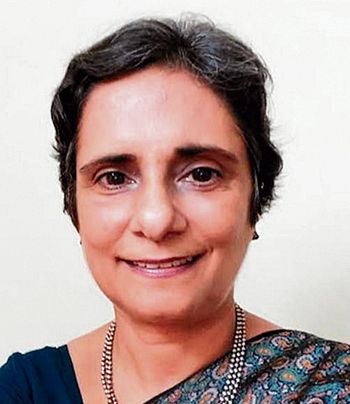 The first Indian woman fellow of the Royal Society of London— scientist Gagandeep Kang— will be the chief guest at the Punjabi University’s 39th convocation to be held on December 9. The Royal Society, functioning since 1660s, is a fellowship of the world’’s most eminent scientists and is the oldest scientific academy. Its fellows include Isaac Newton, Charles Darwin, Ernest Rutherford and Indian origin mathematician Srinivasa Ramanujan among others.

Gagandeep Kang, who works at Christian Medical College (CMC) in Vellore, was elected as a fellow on a list of 51 scientists in 2019. According to her biography on the Royal Society’s website, she is one of India’s leading medical scientists known for her work on the development and prevention of enteric infections in children. She has built national rotavirus and typhoid surveillance networks and conducted phase 1-3 clinical trials of vaccines made by two Indian companies.

Punjabi University Vice Chancellor Professor Arvind confirmed the development and said, “We have had a word with her and she has agreed to be part of the event.”

The university will hold the convocation event after a gap of six and a half years where Governor Punjab Banwarilal Purohit will preside over the event. The last such event was held in July 2015. Officials on the campus said all pass-outs apart from those of 2020, when the medals for toppers were not announced, will be awarded their degrees and medals during the event.

While talking to The Tribune, Dr Kang said she had published over 400 papers in international and national journals. “I have been working on children, especially the poor children. For the past three years I have been working on typhoid, primarily in Chandigarh and Vellore where the cases are highest,” she said. She said, “I have started working on pregnancy, trying to predict which women are likely to have bad outcomes, so that we can come out with developing interventions.” The professor wishes to discuss the value of science and technology in improving the lives of people during her visit to the university.