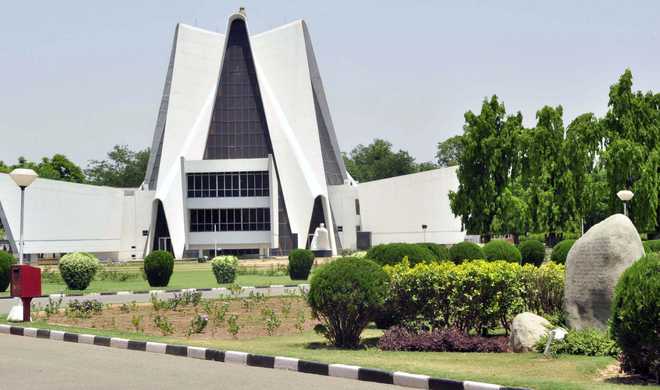 High drama was witnessed on the Punjabi University campus yesterday as students locked up some faculty members in the DSW office over cleanliness at one of the university hostels.

High drama was witnessed on the Punjabi University campus yesterday as students locked up some faculty members in the DSW office over cleanliness at one of the university hostels. The students were miffed over a lack of cleanliness at the Homi Bhaba boys’ hostel.

Officials on the campus informed that contractual cleanliness workers of the university were on strike over their demands, including regularisation of jobs and other for some days due to which the cleanliness at the hostels and across the university were affected. They said the students blocked the Dean Student Welfare, Provost, a hostel warden and an SDO in the DSW office.

Students associated with the SYFI said, “We had been meeting the officials over the matter of cleanliness for a few days but to no avail. Our hostel has not been cleaned for days and a bad smell emanates everywhere. Finally, we had to resort to blocking the officials in their way for a timely resolution to the problem.”

An official who was locked in the DSW office along with others said, “The sanitation employees working at the particular hostel are all contractual. They were on strike due to which the issue was created. Now the hostel has been cleaned and a sanitation worker who is a regular employee has been deputed there. The matter has been resolved.”