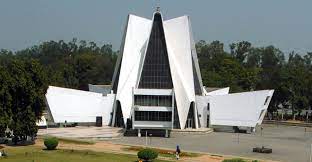 After a brief gap post joining of Punjabi University’s new Vice-Chancellor (VC), teachers on the campus have yet again started protests for the timely disbursal of their salaries, grants and other matters.

Teachers along with pensioners and non-teaching officials under the banner of the Joint Action Committee (JAC) held a protest outside the VC office in the afternoon today.

University teachers said they held a meeting with the VC to solve issues, which remained unfruitful. “The VC is making efforts, but the government is not providing sufficient grants to the university. Our salaries and pensions for March and April are pending while the university has credited salary of Class B officials and those, who have contracted the virus,” said Dr Rajdeep Singh, a member of the JAC.

“Many pensioners are getting only Rs10,000 to Rs15,000 monthly. Delay in disbursement of salaries has increased difficulties for them,” he added.

“The JAC has held protest while following the Covid norms. We will continue our protest till salary is not credited in our accounts,” he said.—TNS