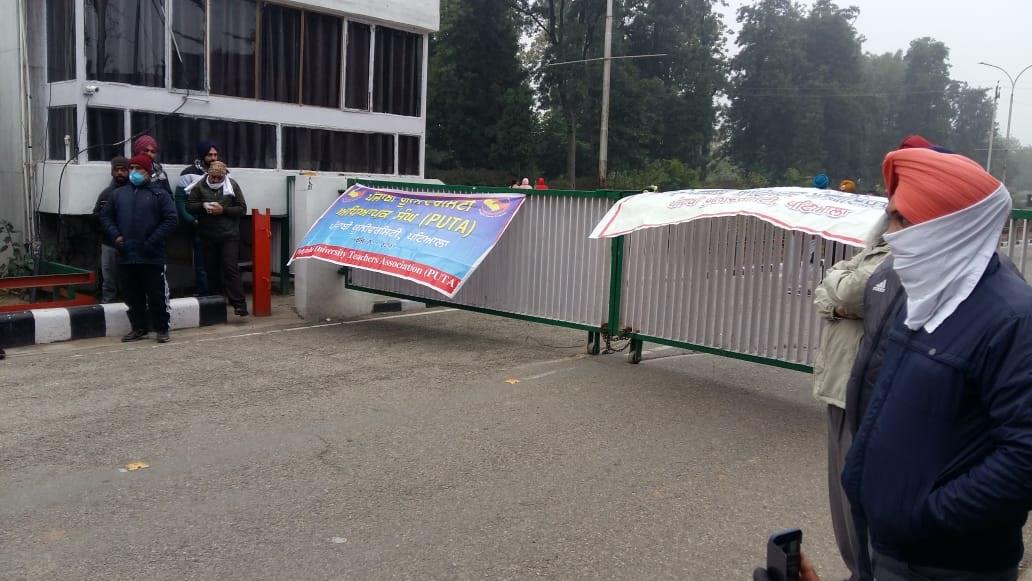 Students of Punjabi University, Patiala, were in for a surprise on Tuesday as the university gates were closed shut by its protesting teaching and the non-teaching faculty members.

The university had opened the gates of its respective departments for offline classes only on Monday.

While the functioning of the university remained affected due to the protest, the teaching and the non-teaching faculty members associated with the Punjabi University Teachers’ Association (PUTA) and the A-class Officers Association said they had been raising certain demands with the university authorities, which have remained unfulfilled.

“We had submitted memorandums with the university officials regarding our demands — timely payment of salaries, payment of Dearness allowances, deposition of deductions of GPF and issuing of letters of promotion of the teaching and the non-teaching officials — but the demands have been pending since long. We had to resort to protest outside the university gates,” the secretary said.