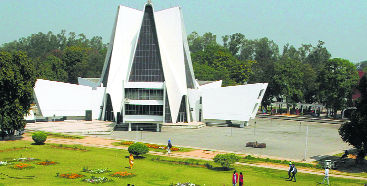 While the Chancellor’s office has granted Punjabi University Vice-Chancellor (VC), Dr BS Ghuman, an extension of three years, the senior education administrator’s second term will face major challenges. The university among other matters is facing a financial slump like never before along with pending inquiries into alleged scams committed years ago.

The university, facing an acute shortage of funds, is unable to pay salaries on time resulting in every-day protests by employees and pensioners.

The university has now resorted to reduction in its expenditure after which its total expected fund shortage currently stands at Rs 291 crore. Its income of Rs 398 crore in 2017-18 has remained nearly stagnant at Rs 382 as per the current year’s budget. The VC has now constituted a committee to look into the financial distress.

In what may be termed as a major lapse, the university has failed to bring probe reports related to various alleged scams committed during the tenure of former Vice-Chancellor to a conclusion during the last three years.

As many as 16 matters of misappropriation of funds in paper, purchase of fire extinguishers and recruitment on basis of alleged fake SC, BC certificates among other issues are pending since 2017.

The university has conducted two internal and external probes ordered in 2017 and 2018 but matters are gathering dust since over a year-and-half after submission of reports.

Dr Ghuman said the university would discuss all matters at the upcoming meeting of the Syndicate.

Despite in doldrums, the university boasts of having signed memorandums of understanding (MoUs) with foreign universities and education hubs during the VC’s first term. It has set up eight disciplinary centres and introduced 25 new courses in the last couple of years.

“New patents have been filed and we have become part of major knowledge clusters. Our placement percentage has gone up, which we aim to increase in the coming years,” the VC said.

“The university will now focus on courses related to jobs in the market and hands on experience for students. Our main attention will be on learning from the field rather than within the four walls of the university campus,” the VC added.