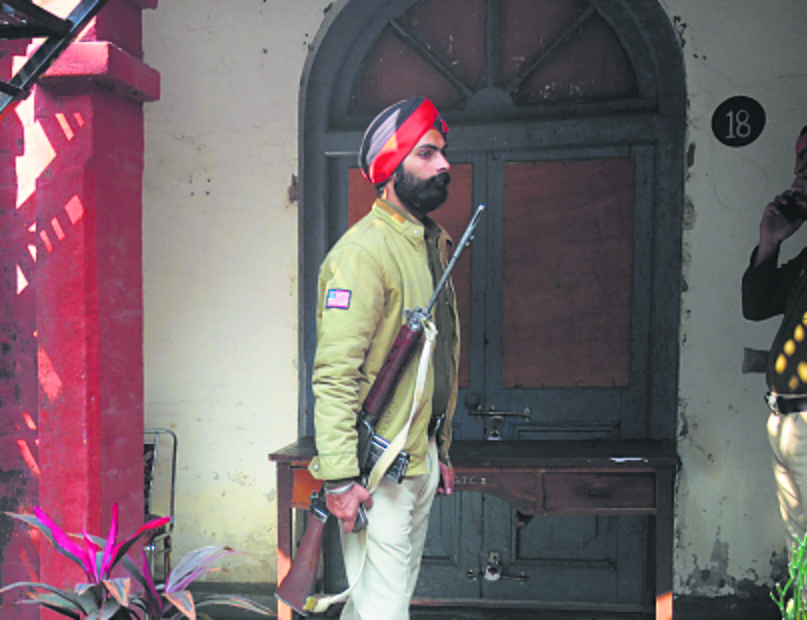 A policeman outside a strongroom

The State Election Commission, Punjab, today ordered re-poll at three polling booths of Patran and Samana municipal councils in Patiala district. The re-polling will be held from 8 am to 4 pm tomorrow, while the counting of votes will take place on February 17.

Three cases have been registered against 18 persons in Muktsar while over 20 workers of the Congress and SAD have been booked in connection with a clash at Ropar that left nine persons injured yesterday. PPCC chief Sunil Jakhar, meanwhile, said the polling yesterday was largely peaceful as compared to the civic body polls during the Akali regime. “High voting percentage of 71.39 is indicative of people’s verdict in favour of the state government. The trend will continue during the 2022 Assembly elections,” he claimed.

SAD and AAP leaders, on the other hand, attributed the high poll percentage to the alleged misuse of official machinery by the Congress government. — TNS