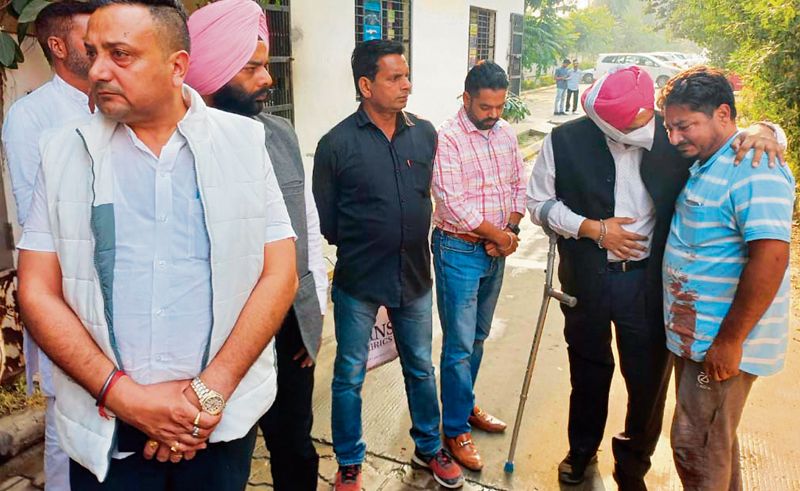 Family members and friends wait for the body of Jagtar Singh Bittu outside the mortuary of a hospital in Patiala on Tuesday. Tribune photo: Rajesh Sachar

The HR Group of Properties Patiala director Jagtar Singh Bittu (47) was found dead under mysterious circumstances at his house in Majal Kalan village in Sanaur here this morning. The Patiala police have registered a case against ASI Nishan Singh and Vikas, on the recovery of suicide note, allegedly written by Jagtar.

The police said as per the family members they were inside the house, while Jagtar was sitting in the front lawn of the house.

“Suddenly we heard a gunshot and on reaching outside, we saw him in a pool of blood with a gun wound to the temple area”, family members told the police in their statement. “His licensed revolver was found from the spot. He was rushed to a hospital but was declared brought dead,” family members said.

The body has been sent for postmortem and further investigations are being conducted, said senior police officials. He was facing financial issues following a slump in the property market, they said. “We are investigating the matter from various angles,” HS Bhullar, SSP Patiala, said.