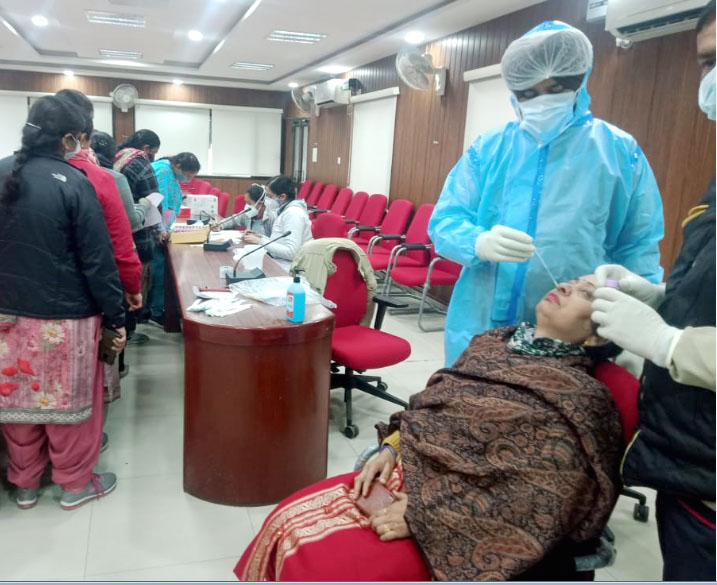 A healthcare worker collects a swab sample from a woman for the Covid test in Patiala on Wednesday. Tribune photo: Rajesh Sachar

The daily count of Covid-19 recoveries has outnumbered the fresh cases in the district.

The number of people who recovered from the infection today was 745, while the number of new cases recorded in the same period was 415. The active case count in the district has declined to 2,838. Last week, the active case count was around 4,620. Officials of the Health Department said they had collected 41,000 samples in the month of January, of which, 10,209 tested positive for the Covid. Health officials said the district’s average positivity rate was around 25 per cent, while 36 people had died of Covid in January. The case fatality ratio was around 0.35 per cent.

The state Health Department has set a target of carrying out around 4,000 Covid-19 tests daily for the district health authorities. Of 4000 samples, 2750 would be RT-PCR, while 1,250 would be antigen. The district Health Department has been asked to prioritise testing of symptomatic and patients with comorbidities. Besides, inmates of old-age homes and jails are also being tested. It has been learnt that to achieve the target the number of sample teams would be increased and community health officers and AYUSH doctors would be deployed for that. Officials of the district health authorities claimed that sampling targets were little unrealistic in the face of special focus on Covid vaccination. The Health Department today administered 17,255 doses to the beneficiaries.. Dr Veenu Goyal, District Immunisation Officer, said they had administered around 19.08 lakh doses ever since the vaccination drive started last year. 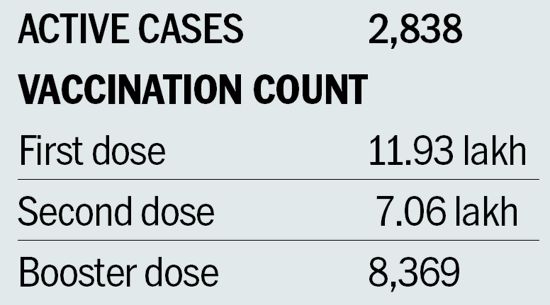