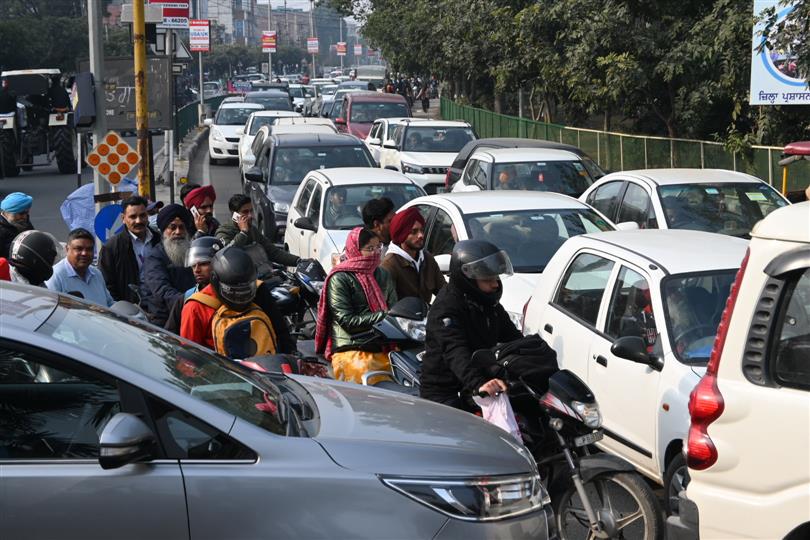 Already witnessing traffic snarls due to encroachments, city residents now face another hurdle during office hours in the morning. After the state government announced same timings for opening of all schools, parents who go to drop their children to educational institutions and office-goers get stuck in traffic across the city.

A city resident said, “Roads are regularly found encroached upon by street vendors. The MC and the traffic police should ensure that the encroachments are removed at the earliest.”

A resident of Phulkian Enclave said, “Nowadays it takes more than 35 minutes to commute to a school via Lower Mall Road during the early morning hours. The same timings for opening of all schools coincides with the office hours, which leads to acute traffic congestion.”

Another resident of Preet Nagar on the Lower Mall road said, “Earlier the district administration had widened the road adjacent to YPS in order to ease the traffic flow. But not all roads can be widened in the same way. The administration needs to streamline traffic for smooth flow.”

Residents said unlike other days, traffic congestion was managed to a large extent today as the Chief Minister was supposed to visit the city.

DSP (Traffic) Karambir Singh said, “We depute police officials at all light points and chowks including Focal Point, bus stand, Lakkar Mandi and others in the city to ensure smooth traffic flow. We send PCRs and get the jams cleared at the earliest.