Use of ‘substandard’ material in road construction 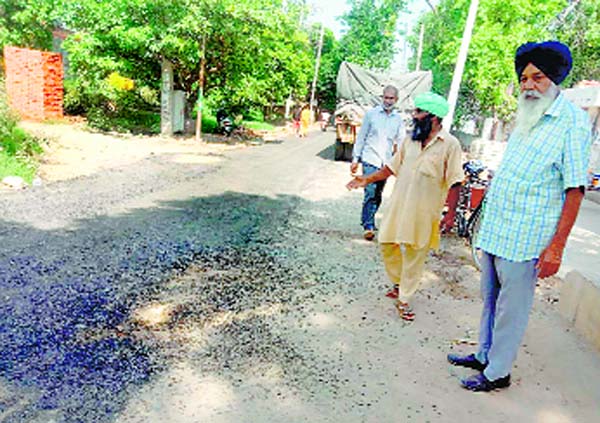 Large number of Bassi Pathana residents today protested against ‘substandard’ material being used in the construction of the new Sant Namdev road. Residents raised slogans against the contractor and PWD officials during protest. They complained to higher officials and local MLA Gurpreet Singh GP, who rushed to the spot and stopped the ongoing work. He directed contractor to reconstruct the road with quality material.

The DCC vice-president, Ashok Tulani, said the contractor was using poor quality material in road construction. Department officials were not inspecting the ongoing work, he added.

The MLA said he had asked officials and contractor to maintain quality. The MLA called upon residents to keep a close watch on all projects. FIRs would be lodged against those indulging in corrupt practices, the MLA added.