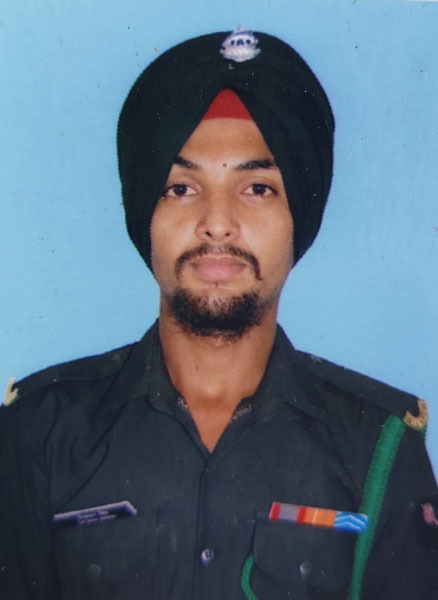 Chief Minister Capt Amarinder Singh on Tuesday announced Rs 50 lakh ex gratia along with a government job to a family member of Naik Rajwinder Singh of the 53 Rashtriya Rifles (24 Punjab), who laid down his life in the line of duty. The Army jawan was killed during a crossfire with militants in Pulwama, Jammu and Kashmir. He is being remembered in his native Samana town for his bravery.

Extending his sympathies to the family of the 29-year-old jawan, the Chief Minister said the state government would provide all possible help to the family. The news of the death of Naik Rajwinder Singh of Dodra village of Samana reached his home on Tuesday.

The 29-year-old’s father said he was proud that his son had laid down his life for the country.

Rajwinder Singh had joined the Army in 2011. Survived by his father Avtar Singh, mother Mahinder Kaur and wife Gurpreet Kaur, he had not visited home in the past six months. He was supposed to visit home in March, but could not come due to the imposition of the lockdown.

Inconsolable, his mother said she could not believe her son had died during the crossfire. Avtar Singh said, “My son has attained martyrdom. This has brought pride to the village and the state.”

The family had a word with him on Monday evening after which the gun battle took place.

Officials said Rajwinder had earlier served in Nagaland and had remained in the Ghatak Platoon as well. He later volunteered to be posted for counter-terror operations in the 53 Rashtriya Rifles and got posted in Jammu and Kashmir.