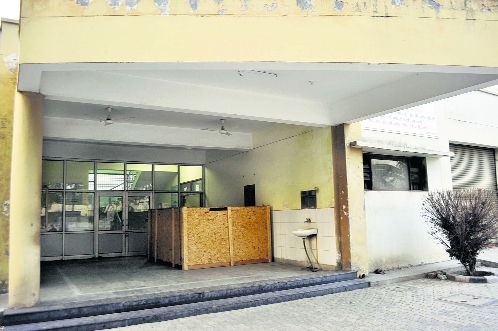 The Department of Forensic Medicine at Government Rajindra Hospital and Government Medical College has already received three post-mortem tables with ultramodern facilities, but these have been lying unused for the past three weeks. The reason is the manufacturing company failure to install tables at the hospital.

The forensic medicine faculty said tables were not installed despite repeated reminders and verbal requests to the company concerned. The three autopsy tables have reportedly cost more than Rs80 lakh.

According to doctors of the department, the new autopsy tables were not available at any medical college in North India, including the GMCH and the PGI in Chandigarh and AIIMS in New Delhi.

The Rajindra Hospital mortuary in-charge, Dr DS Bhullar, said, “Delay in the installation of tables has been brought to the notice of the higher authorities. Hopefully, tables will be operational by next week.”

The mortuary setup at Rajindra Hospital, once in dilapidated and neglected state, is currently one of the best with a large room and facilities to conduct post-mortem examination on five bodies at one go.

Beside, there is a cold room to store more than 20 cadavers at a time and a separate hall with cold chambers to keep bodies of those, who died due to Covid, at the mortuary.