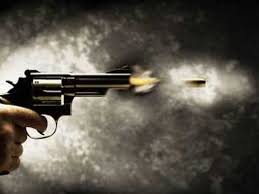 Gunshots were reportedly fired near the Rajiv Gandhi National Institute of Sports Chowk shortly after the visit of Chief Minister Capt Amarinder Singh to the Municipal Corporation office in the afternoon today.

Sources said two persons were injured in the incident. The CM was in the city to inaugurate a number of development projects.

While onlookers said some activists of the Youth Congress were involved in the incident, the police said they were carrying out a probe.

He said: “It is not yet clear who was involved in the firing incident. Our team is visiting the injured at the hospital. We are also gathering information from passersby.”

A case has been registered at the Civil Lines police station. — TNS