Sirhind colony residents start road repair on their own : The Tribune India 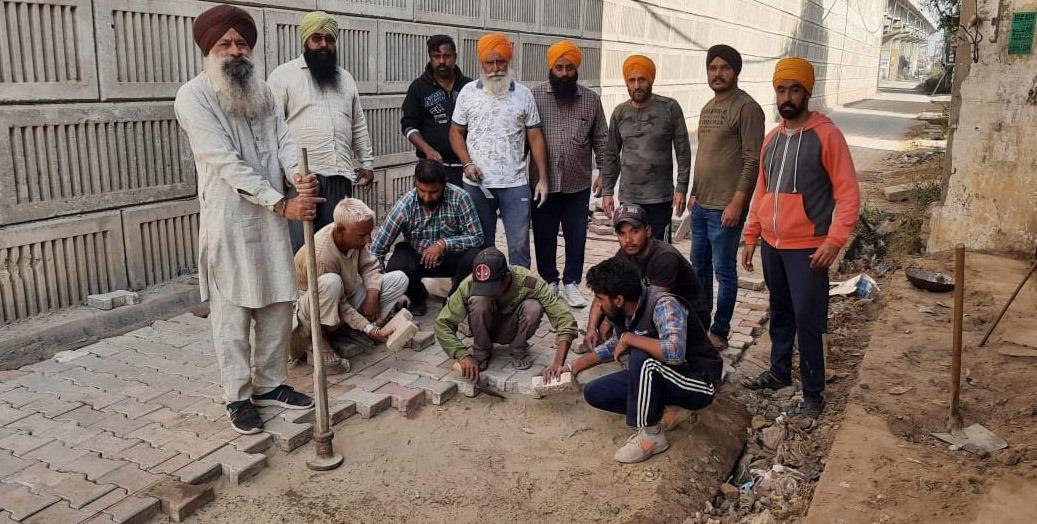 Residents of Aman Colony at Sirhind repair a broken road.

After the administration and the Municipal Council failed to repair an approach road to the Aman Colony at Sirhind despite repeated requests, colony residents started the repair work at their own cost.

Kuljit Singh, chairman, Aman Colony Development Committee, said, “The service road under the newly built Sirhind flyover is narrow. After the completion of the sewerage laying work the administration did not initiate the work to lay interlocking tiles and construct side drain for draining rainwater.”

He said due to heavy traffic 100 metres of road had been completely damaged causing problems to residents of the colony.

He said it had become difficult even to walk or drive on the road. Schoolchildren, senior citizens and women were facing hardship while approaching main roads, he added.

Repeated requests, complaints and representations to various departments and politicians to repair road fell on deaf ears and no one cared to redress their grievances, he said. Accidents had become a routine due to the damaged road, he added. Recently, a young man riding a bike was grievously injured when he fell on the broken road, he said.

After losing all hopes colony residents collected money and started the work to repair damaged road, he added. He demanded that wherever the road breaks down, it should be repaired immediately so that people do not face any problem.