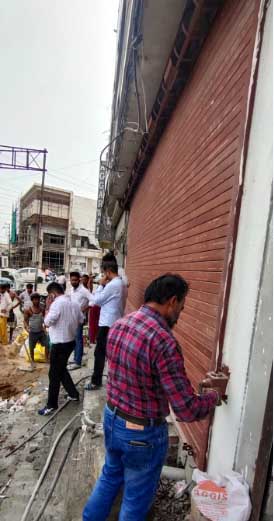 The Municipal Corporation, Patiala, today sealed six commercial units constructed in violation of the building bylaws and sent notices to three others in the city. The action started after the Municipal Commissioner changed jurisdiction of all inspectors over complaints against the MC’s building wing officials.

Officials of the MC said the corporation had directed all building inspectors to function in the field, identify and report all buildings constructed in violation of building norms. “We have sealed six commercial buildings and sent notices to three other demanding a reply. The buildings will also be sealed if they fail to submit a response within a week”, officials said.

Joint Commissioner Jeevanjot Kaur said they sealed two commercial buildings at Tripuri Town and sealed another two buildings at Anardana Chowk, one each on the Kheri Gujran road and near the British Co-Ed School.