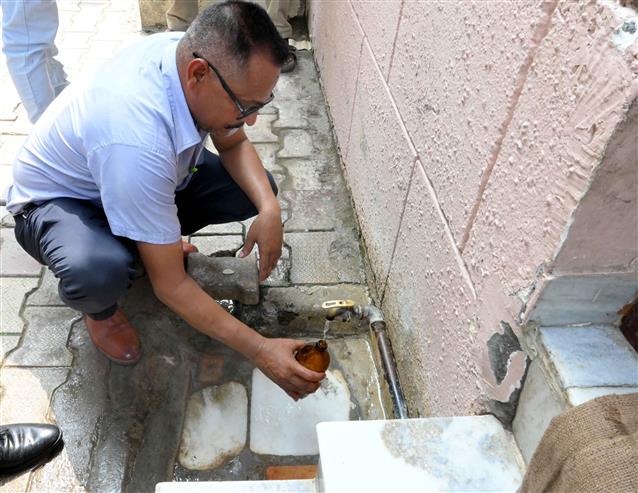 Water samples of the diarrhoea affected New Mohindra Colony have failed the potability test. All six water samples collected from the area had bacterial contamination, informed the state Health Department.

The lab reports revealed that water samples were unfit for human consumption. The Patiala Municipal Corporation supplies water to the New Mohindra Colony.

Meanwhile, experts said the reports suggested mixing of sewage with drinking water, which reportedly led to the diarrhoea outbreak. Ironically, the water supply to the affected area has not been stopped.

Five fresh cases were reported from the area on Monday. Of the five cases, three including a girl, had to be admitted to hospital. Notably, two kids have already died after drinking contaminated water here in the colony.

An officer of state Health Department said, “The first step in the diarrhoea outbreak area is to stop the supply of water, which has been contaminated.”

The Patiala Deputy Commissioner (DC), Sakshi Sawhney, on Monday, visited the diarrhoea affected colony and met family members of the kids, who died due to diarrhoea.

The Deputy Commissioner said, “Apart from taking remedial actions, we have to bring a behavioural change among residents. People are still drinking water drawn from submersible pumps, which is risky.”

Meanwhile, the Patiala MLA, Ajitpal Kohli, and Deputy Commissioner Sakshi Sawhney gave cheque of Rs 50,000 each to both families, who lost their kids due to diarrhoea in the New Mohindra Colony.