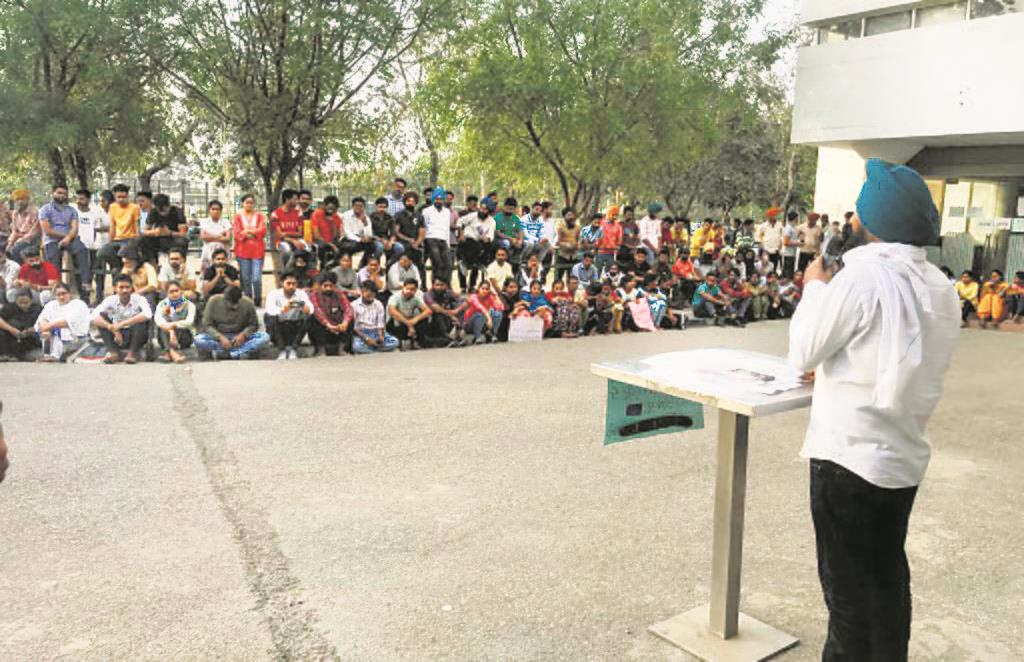 A member of the Zameen Parapti Sangharsh Committee delivers a lecture during the birth anniversary celebrations of Dr BR Ambedkar at Punjabi University in Patiala. Tribune photo

To pay homage on his birth anniversary, students enacted a play on the life of Dr BR Ambedkar on the Punjabi University campus here today.

Lakhwinder Singh of the Punjab Student Union (PSU) said, “We organised such events at various places throughout the state today. Such programmes were held in Jalandhar, Moga, Sangrur and Ropar.”

Students enacted the play, ‘Sherni da dudh’, which was based on the education system of the country. The play focused on misuse of Dr Ambedkar’s ideology by political parties for their own benefit. The play ended with the message of using education to thwart casteism in society.

Gurmukh Singh of the Zameen Parapti Sangharsh Committee said people must read about life of Dr Ambedkar to understand his ideology. “The people of the country have gained a lot from his works. But, his life is presented to us after twisting and turning the facts as per people’s political ideology. We need to fight casteism on both social and financial levels for the benefit of society,” he added.

Students also held a discussion, question and answer session on the occasion. They discussed a lecture delivered by Dr Ambedkar in which he said, “I will keep on fighting for the right of the downtrodden people in villages.”

Will be conducted in 525 healthy volunteers.