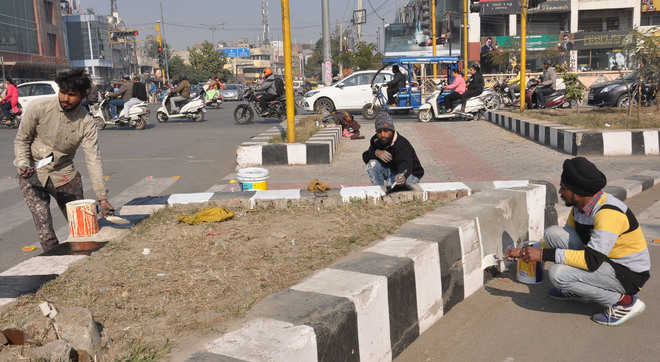 The city slid 59 rungs in the Swachh Survekshan-2022 rankings, which were released yesterday.

From 58th position last year, the city is placed 117th in the rankings this year. The royal city, which was adjudged the cleanest in the state last year, is now the fourth cleanest city of Punjab.

The fall in ranking has raised eyebrows over the measures taken by the local Municipal Corporation (MC) towards cleanliness in the past one year. These included the functionality of its project for remediation of legacy waste at the Sanauri Adda dump site, segregation of waste at source, its management and the drainage system among others.

Under the Swachh Survekshan, cities are ranked on the basis of four evaluation areas — service-level progress, direct observation, citizen feedback and certifications.

Former Mayor Amarinder Singh Bazaaz said, “The management of the corporation is really poor. The city’s ranking is much better than what had been expected as there are heaps of garbage, lack of proper sewerage and shortage of sweepers.”

Residents pointed out, “The MC response to public grievances is pitiable. Officials ignored complaints regarding cleanliness and sewage management.”

MC Commissioner Aaditya Uppal said the data taken into account in the current survey was up to April this year. “I had joined later. I will hold a meeting with officials, including inspectors and health officials, who were working here at that time.” He added that the corporation had made a considerable progress since then.

Uppal, along with other officials, had visited Indore this year to learn the best practices in waste management adopted in the MP city. The corporation then started a pilot project to ensure segregated waste is collected in six wards, but it failed to extend it to the entire city.

Mayor Sanjeev Sharma Bittu said the current government had ignored his letters on various city-related matters. “I have written to them repeatedly. The government lacks a will to act,” he said.

Among other urban local bodies in the district, Ghanaur secured the overall fourth rank in zonal rankings while Ghagga has bagged an award for innovation and best practices in the less than 15,000 population category, north zone.