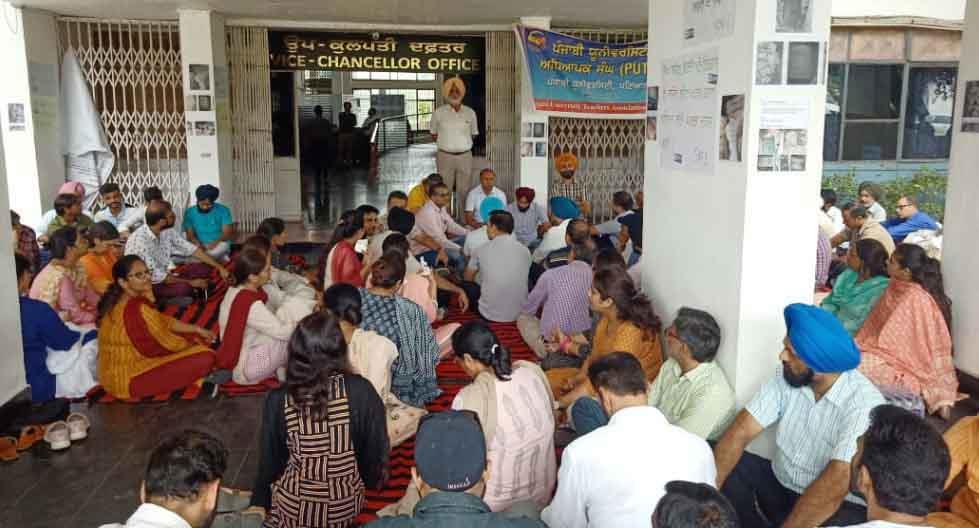 Teachers of Punjabi University hold a protest in support of their demand for implementation of the 7th pay commission scales in Patiala on Thursday. Tribune photo: Rajesh Sachar

Teachers at Punjabi University, Patiala, today held a protest on the campus demanding implementation of the 7th pay commission in the state. The protest was held on a call given by the Punjab Federation of University College Teachers’ Organisation (PFUCTO).

Sukhjinder Buttar, secretary, Punjabi University Teachers’ Association (PUTA), said the teachers observed a pen-down protest from 11 am to 1 pm on the call of PFUCTO. “The state government has failed to implement the 7th pay commission scales in the state. In fact, Punjab is the only state where the new pay scales have not been implemented. All other states, including Himachal Pradesh, have implemented the new scales”, he said.

The PUTA secretary said the teachers also demanded revocation of delinking pay scales of new recruits assistant professors from UGC pay scales. He added that such protests were organised at all neighbourhood campuses of the university as well.