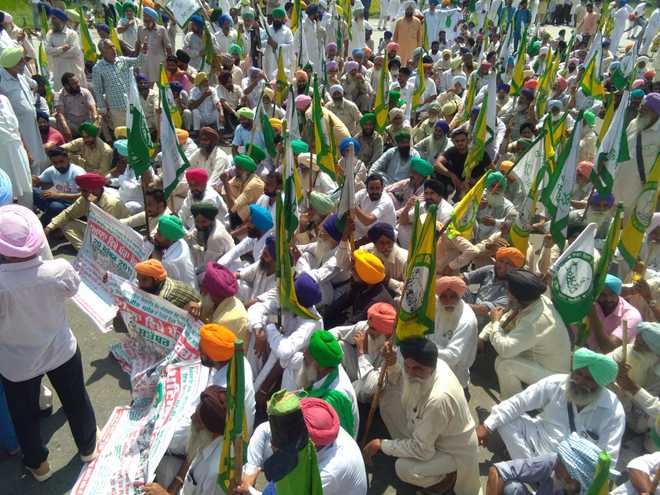 Mounted on buses, sitting in open tempos and walking across the city, thousands of farmers today took out a procession march against the farm Bills.

The farmers continued their dharna at the PUDA grounds here and raised slogans against the Central and state governments for their “anti-farmer” policies.

The Bhartiya Kisan Union (Ekta Ugrahan) held a protest march, blocking traffic in the city. “We have been deceived by both state and Central Governments. They have left us with no option but to organise protests across the country,” said senior farmer leader Joginder Singh Ugrahan. “We will not accept the new anti-farmer laws that are part of a long-term plan to kill the farming community by ensuring that only MNCs reap the benefits”, he stated. — TNS