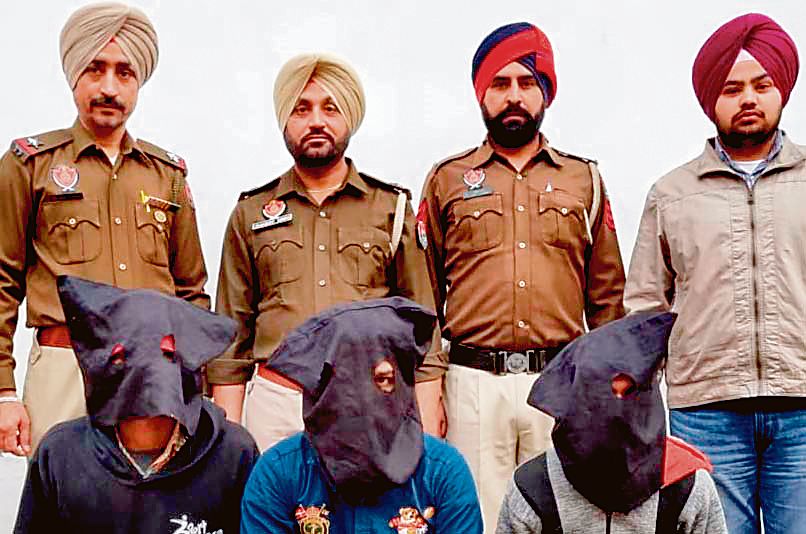 The suspects in the custody of the Patiala police on Wednesday. Tribune photo: Rajesh Sachar

The Patiala police have nabbed three youths on charges of snatching mobile phones, purses and other items in the city. All three are in the 21to 24 age group.

He said the police received information that the three youths — Manoj Kumar (21) of Gopal Colony, Ramandeep Singh (23) of Bollar village, and Mohammad Islam (24) of Safabadi gate were involved in snatching mobile phones. Cops at the Tripuri police station nabbed and registered a case against them. SSP Bhullar said the accused were involved in over 12 incidents of snatching and cases had been registered against them. “A number of items, including mobile phones and purses have been recovered from their possession. The police have also recovered the motorcycle used in the crime,” the police said.