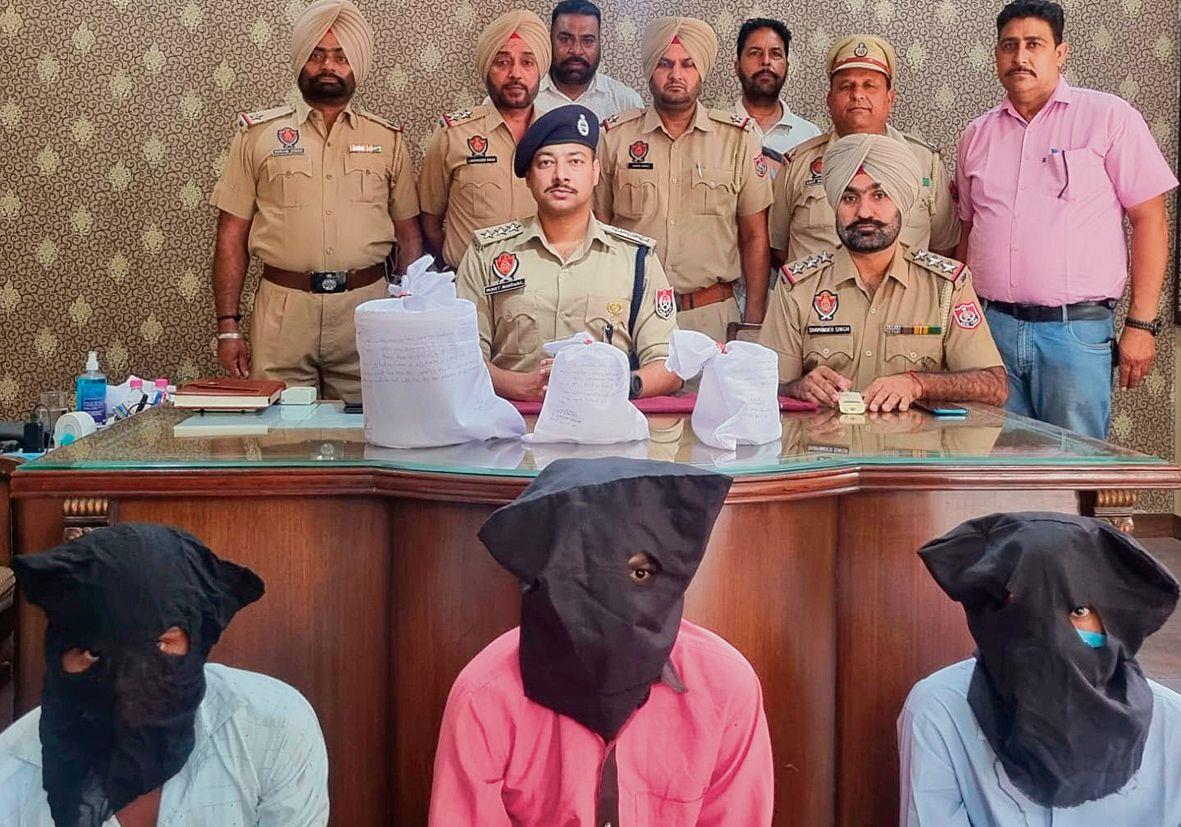 The opium smugglers in the custody of the Patiala police on Tuesday.

The district police claimed to have arrested three persons and seized 4.5-kg opium from their possession in two separate cases on Tuesday.

Mohit Aggarwal, DSP (Detective), said the accused had been identified as Ovindra, Avdesh and Akhilesh, all residents of Uttar Pradesh (UP).

The DSP said Ovindra was nabbed from Khasiya bus stand on Patiala-Devigarh road and during search 3.5 kg of opium was found from his possession.

Meanwhile, Avdesh and Akhilesh were nabbed during routine checking in Dogra Mohalla, Patiala city, and 1-kg opium was found from them.

The police said both had been booked under relevant sections of the NDPS Act and would be produced in the court for police remand.