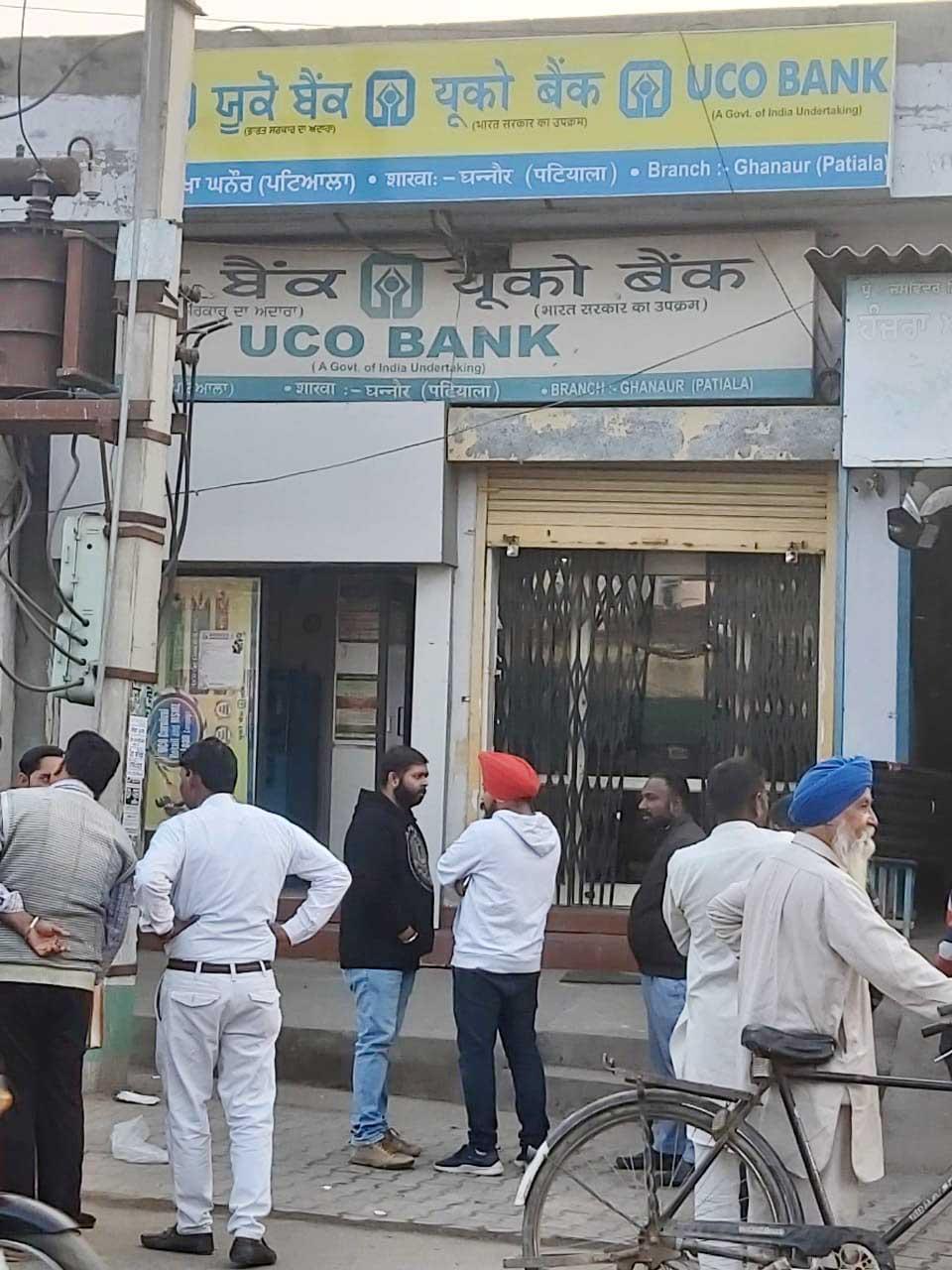 The UCO Bank branch in Ghanaur that was targeted by three bike-borne suspects on Monday. Tribune photo: Rajesh Sachar

Three unidentified men today targeted a branch of UCO Bank in Ghanaur and looted Rs 17.85 lakh at gunpoint after holding the bank officials and customers hostage.

The incident took place around 4 pm and the three later fled on a bike, which was later recovered by the police.

According to the police, the three men, with muffled faces, entered the bank and held the staff hostage at gunpoint. The suspects asked the customers and bank staff to hand over their mobile phones.

They took away Rs 15.65 lakh from the bank cashier and Rs 2.20 lakh belonging to a customer. The three fled on a bike, which was later found abandoned 4 km from the crime scene.

“Thereafter, the three escaped in a car. We have traced their movement towards Haryana. Our teams are tracking them and will arrest them soon,” said Patiala SSP Varun Sharma.

“The operation is still on and we are likely to crack the case soon,” he added.